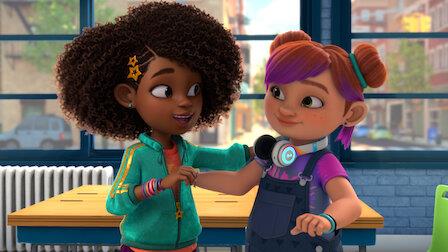 If you are a lover of animated musical series aimed at teenagers and also, you like the dembowthis series of Netflix it is addressed to you.

The World of Karma tells the story of Karma Grant, an aspiring musician and rapper with enormous talent and an even bigger heart. Resilient, intelligent and highly empathetic, Karma pours her soul into songwriting and channels her feelings through brilliant rhymes brimming with passion, grit and inimitable humor.

In the series, Karma is still beginning to understand the incredible emotional power words and music can wield to help her family, friends and community. And it is that she not only wants to share her music with the world, but also wants to change the world with her.

In one of the scenes, one of the characters is seen to teach him some steps of the dominican dembow to a girl who can’t resist the catchy beat.

Do you know Dominican Dembow?

It is Mrs. Torres, who teaches switch about Dembow from the Dominican Republic.

It’s not the first time Netflix uses the Dominican genre to promote a series. Previously, he did it with a catchy song by some Dominican girls who sing urban music, better known as “Las Chiquitas RD”, interpreters of the song that in recent weeks has gone viral on different social platforms, “Claro que yes”, for promote the movie “Hoy Sí” with Jennifer Garner and Edgar Ramírez.