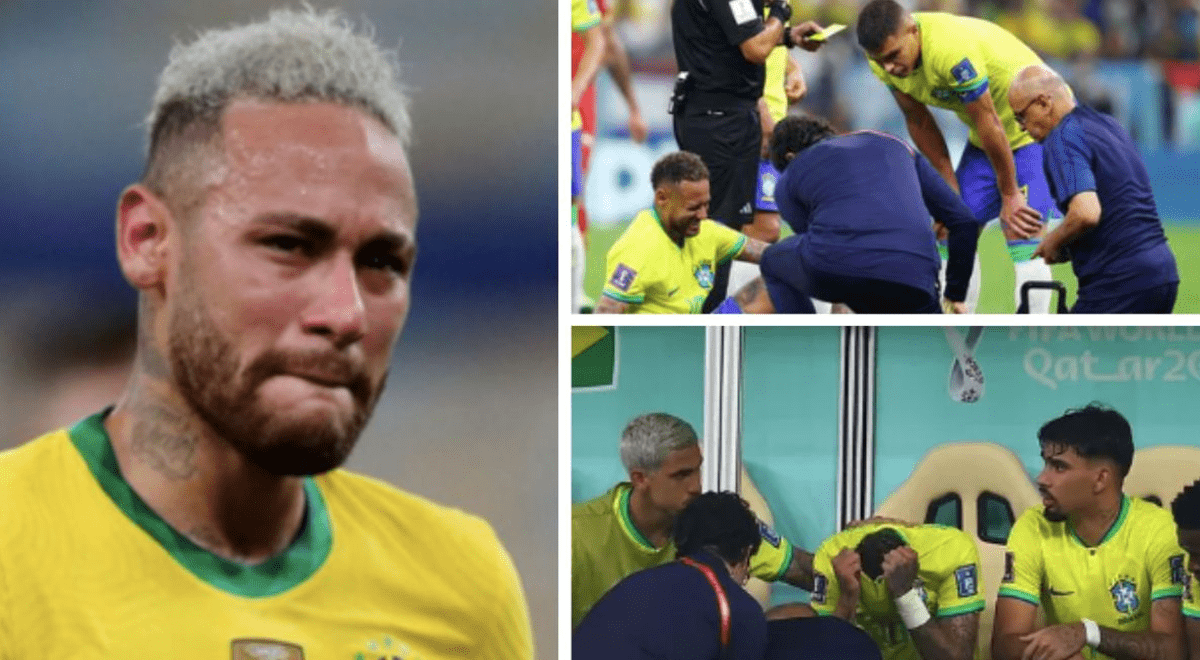 Concern in the ‘Canarinha’. The Brazilian team won the 2-0 victory against Serbia in their debut match for the Qatar 2022 World Cup, but the joy of the ‘Scratch’ victory was not complete after Neymar suffered an injury near the end of the duel.

Thousands of Brazilian fans were concerned after seeing ‘Ney’ leave the pitch in the middle of the match against Serbia, exactly at minute 79. Also, what caused concern was that the footballer would have burst into tears from the bench.

As reported by BBC Mundo, the star of Brazil suffered an injury while taking on the rival at the Lusail stadium. This Friday his condition would be evaluated to see if he could be counted on during the group stage of the World Cup.

What did the Brazil team doctor say about Neymar’s health?

The doctor of the Brazilian team, Rodrigo Lasmarspoke about Neymar’s current condition and stated that he will be under medical observation for a sprained right ankle.

“He presented a little edema, swelling. We started the treatment immediately on the bench. At this moment he is undergoing physiotherapy treatment and we need to wait 24, 48 hours to have a clearer idea about the player’s situation,” he specified during a conference press in Doha.

“The expectation is observational, anything we talk about evolution now, about what’s next, is premature. It’s important to wait,” he added.

Does Neymar run out of the Qatar 2022 World Cup?

Tite, DT of Brazil, broke his silence after the injury of neymar and revealed if the player will continue in the next matches. “You can be sure that Neymar is going to play in the Cup. I am absolutely sure of that,” he told an AFP journalist.