After knowing the ampay of Patricio Parodi Luciana Fuster giving a kiss in Paracas, many alarms went off to the point that Patricio’s networks would have betrayed him just days before the images came to light.

It is thus that the ex from Flavia Laos He got romantic and published some messages from his personal Twitter account, having thousands of interactions because this little game between them had already been around for a while.

“Give me the price of your kisses, I buy them”, He wrote on his Twitter account last Sunday, November 14, just one day after having given a tremendous kiss with Luciana Fuster in Paracas.

It should be noted that Luciana Fuster spoke out to make a serious complaint for harassment of reporters, after having been protected by kissing him this weekend.

“If it’s press, which seems crazy to me and I don’t know if it’s correct, how could other people be. Is it harassment or regulation? The truth is that it makes me very nervous, because they cross, overtake, move between lanes and can cause an accident, “Luciana wrote in an Instagram story.

Patricio Parodi speaks upset for the first time after ampay: “There are limits”

Patricio spoke for the first time after his ampay with Luciana Fuster where she jumped and danced after kissing, for the cameras of América Espectáculos, where he clarified to all show programs that there are limits.

“The regulation that a person can feel for being public, I can understand, but being a public person, ok they want to find out more, they want some ampay, ok, you have all your rights, it is your job, but there are limits”, Pato started.

“You cannot be following a person all the time either, morning, afternoon and night, waiting for him at home, it is a research job I don’t know what, a research job is not parking at the door of the figure’s house public and stay 24 hours a day ”, he sentenced. 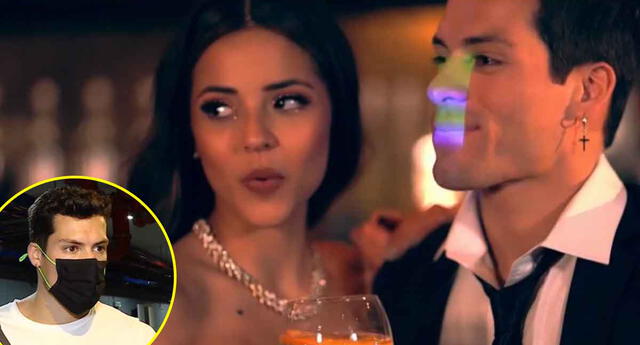