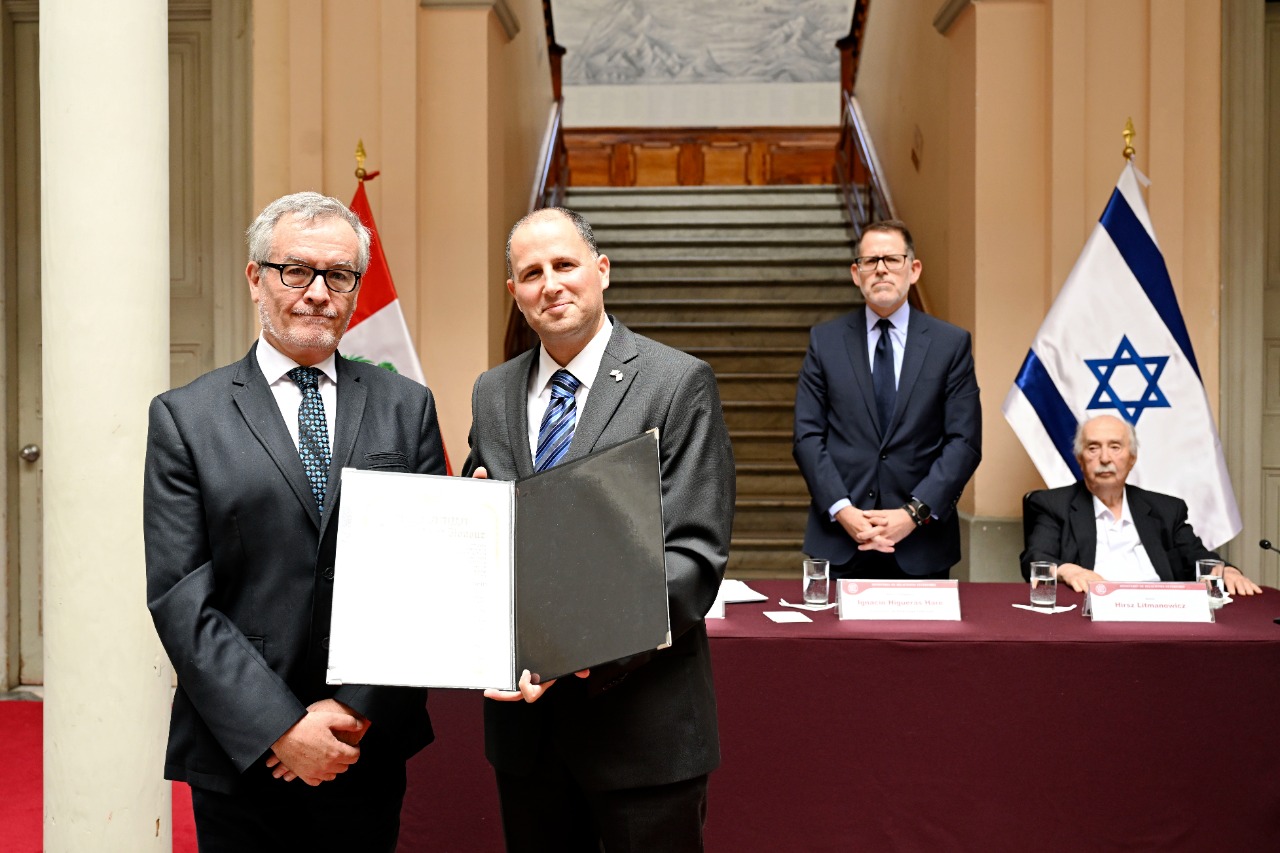 Last Thursday, January 13, in a joint act between the Embassy of Israel and the Ministry of Foreign Affairs of Peru, the Righteous Among the Nations distinction was awarded to Jose Gambetta Bonatti for having saved the lives of two Jews during World War II. This recognition is given to non-Jews who risked themselves to save lives during the Nazi horror by Yad Vashemthe World Center for Holocaust Remembrance, based in Israel.

“The recognition of Mr. José Gambetta as Righteous Among the Nations responds to the request of Claude (son of Josef Trink) and Emmanuel (son of Paul Trink) to Yad Vashem (…). For them it was a moral obligation to honor Mr. Gambetta, because his decision saved the life of his parents,” said the Israeli ambassador to Peru, They were Shmuel Yuvanduring the ceremony held at the Ministry of Foreign Affairs of Peru.

The ceremony was held at the Ministry of Foreign Affairs of Peru. Photo: Embassy of Israel

Who is José Gambetta?

Jose Gambetta Bonattithe son of Italian immigrants, is the third Peruvian to receive the honorable title, along with Jose Maria Barretowho worked as general consul of Peru in Switzerland, and Isabel Weill Zuzunagawho saved a young Jew in France.

Gambetta, a native of Callao, dedicated a large part of his professional life to diplomacy. In 1939 he worked at the Embassy of Peru in Warsaw. At that time, Adolph Hitler He ordered the invasion of Poland, a fact that would mark the beginning of World War II. 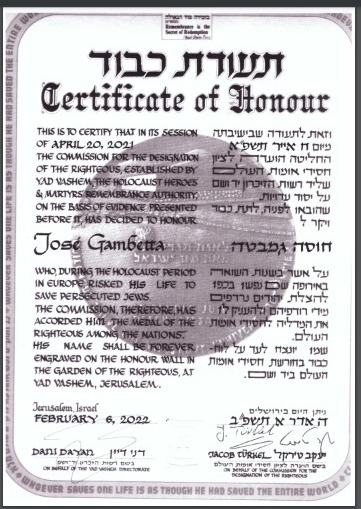 A young Gambetta decided to help two of his assistants, who had been part of his team in Warsaw and Bucharest when he was transferred to Lisbon in 1942. They were the Jewish brothers Joseph Y Paul Trinkto whom handed over Peruvian passports so they could save their lives.

Some time later, in Lima they found out what had happened. Since tagle tower they unofficially refrained from supporting Jews, so Gambetta was transferred to Switzerland. 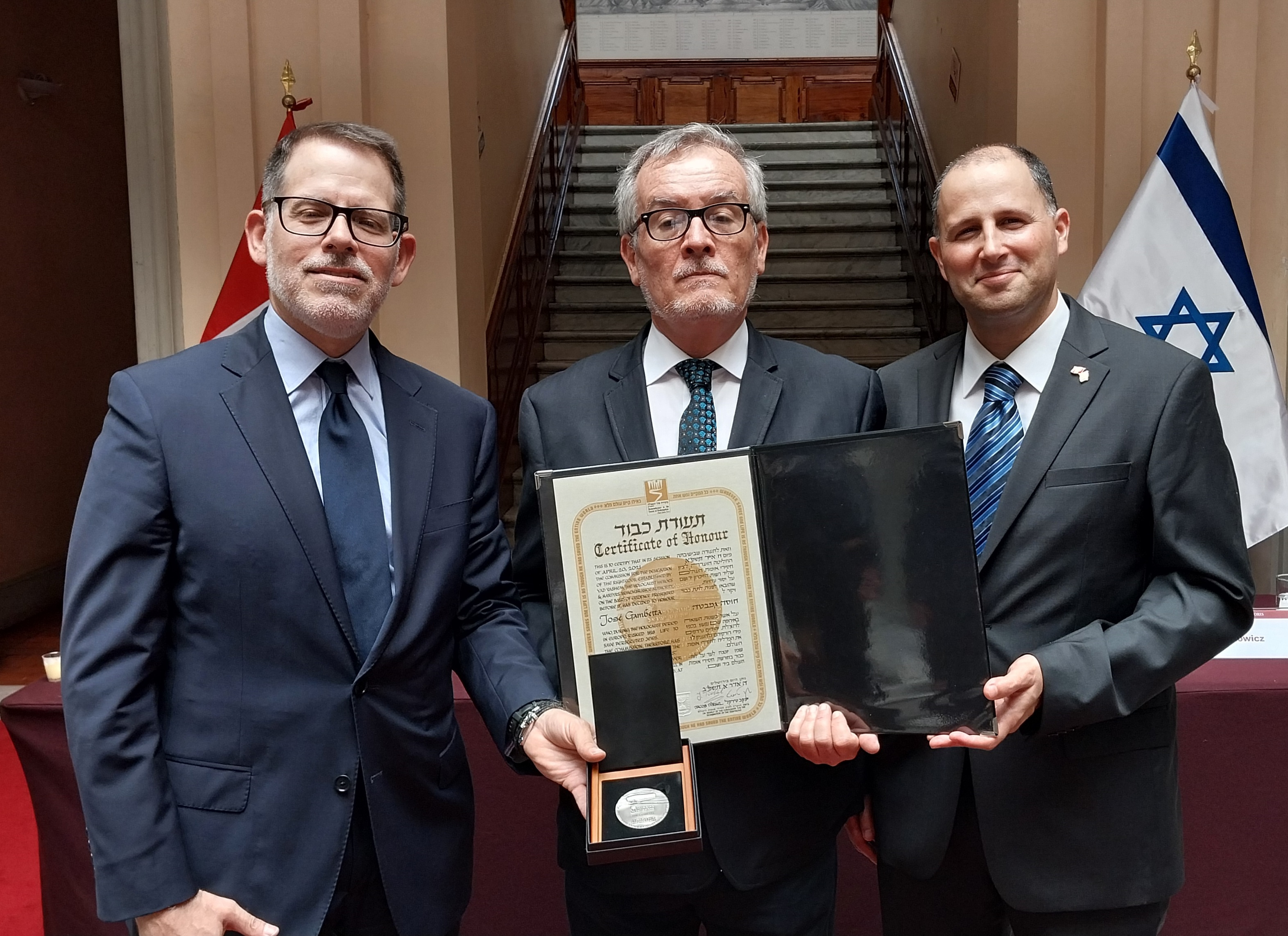 The act was chaired by the Vice Minister of Foreign Affairs, Ignacio Higueras Hare. Photo: Embassy of Israel

Gambetta’s name will be part of the Garden of the Righteous at Yad Vashem, and will be engraved on the memorial wall honoring diplomats at the Israeli Foreign Ministry in Jerusalem.

Hirsz Litmanovicz, a survivor of the Auschwitz concentration camp and who has lived in Peru for years, participated in the ceremony. 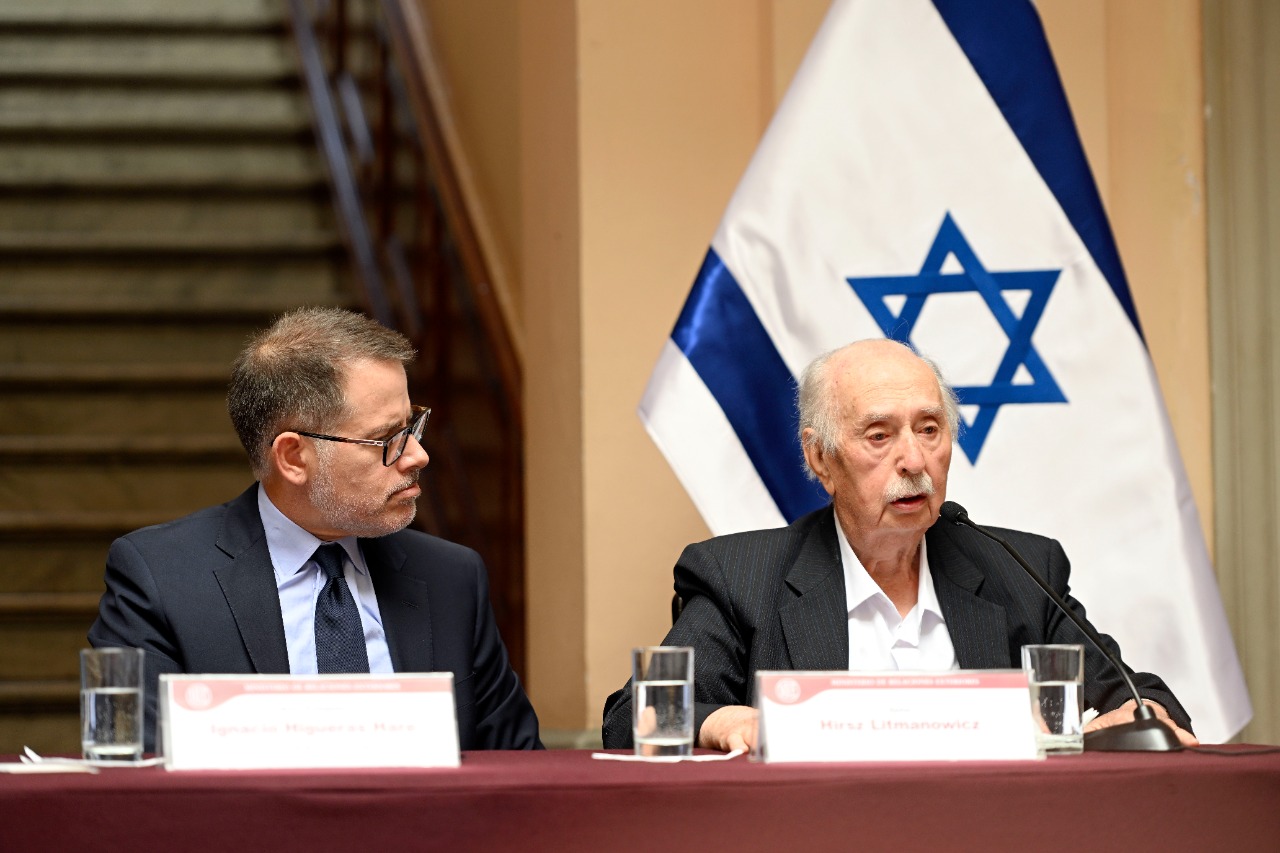 Hirsz Litmanovicz, a survivor of the Auschwitz concentration camp, participated in the ceremony. Photo: Embassy of Israel

“Let this ceremony be a vindication for those who acted with a profound vocation and sense of humanity and justice,” concluded the Vice Minister of Foreign Affairs, Ignacio Higueras Hare.