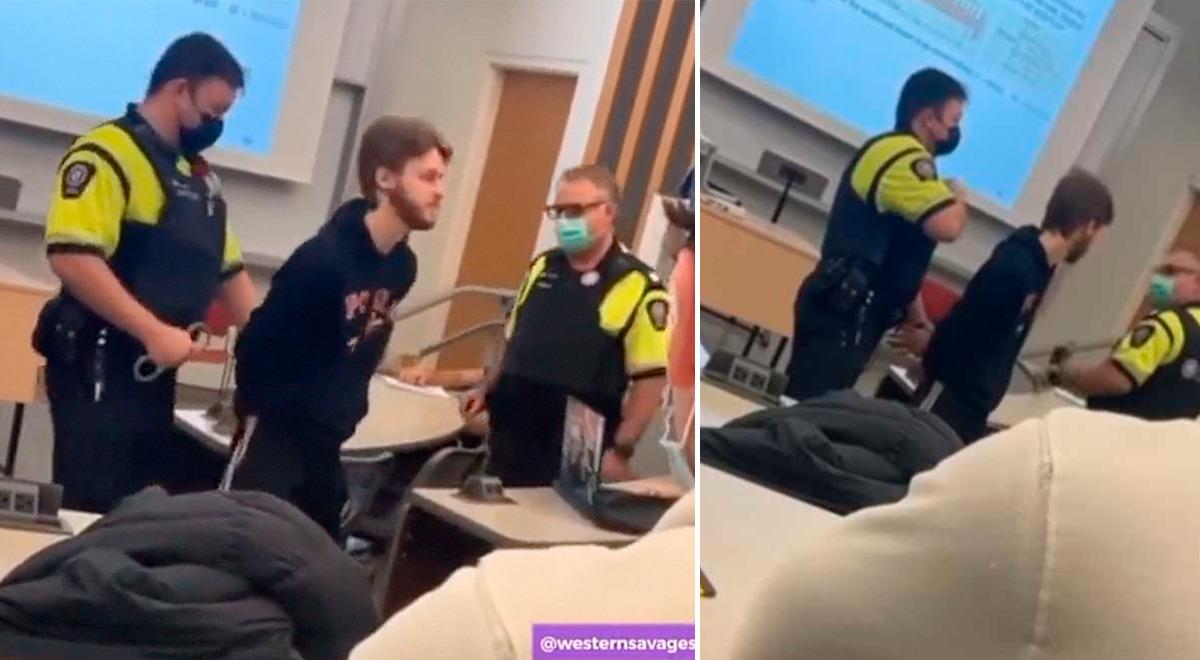 Carrying his arms and legs, an unvaccinated student from Western University in Canada was arrested by police for refusing to wear a mask on campus. The young man was intervened by the authorities in the middle of class and in the presence of his classmates.

In the viralized video on social networks it is possible to see Harry wade, 22, being escorted by the agents for refusing to respect the regulations of the educational institution in order to avoid the increase in COVID-19 infections.

According to the house of studies, teachers, students and visitors are obliged to show proof of vaccination that proves that they have been immunized with the two doses of the coronavirus vaccine.

For individuals with an approved exemption, they will need to undergo a COVID-19 test twice a week. According to the institution, 28 students have been expelled so far for breaking the rules.

“While we cannot discuss individual cases due to privacy legislation, we can say that individuals who violate Western’s vaccination policy may be expelled from campus and may face other disciplinary action,” a university spokesperson said.

In Wade’s case, this would be the second time that he has been forced to withdraw from classes for failing to comply with the health measures against COVID-19. The first occurred on November 11 when the officers told him that he was invading the campus.