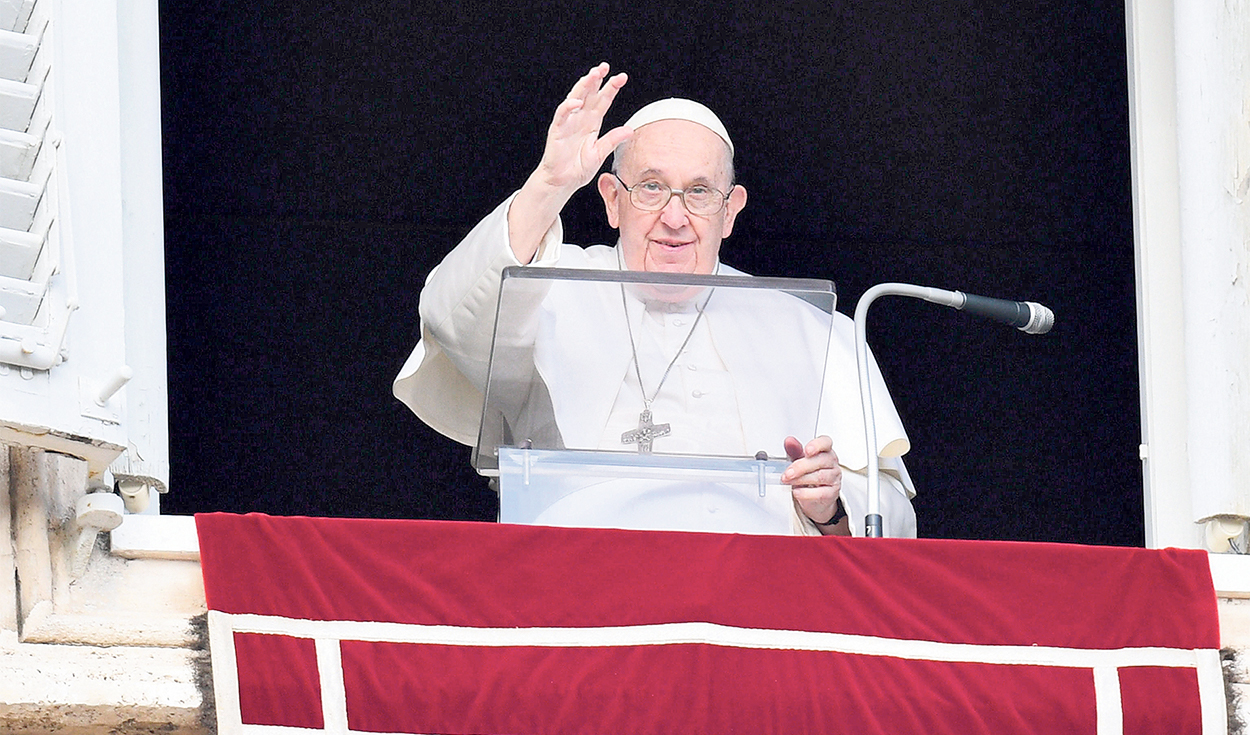 Pope Francisco yesterday publicly called for an end to violence in Peru, after weeks of protests over the political crisis and called on the authorities to undertake “the path of dialogue” in full respect for human rights.

“I join the Peruvian bishops in saying: no to violence, wherever it comes from, no more deaths,” said the Supreme Pontiff after praying the usual Sunday Angelus from the window of the Apostolic Palace.

As is known, protests have shaken Peru since December 2022 to demand the resignation of President Dina Boluarte and have already generated more than 50 deaths in the country. The harsh situation has aroused concern in the world.

Pope Francis, before the faithful who listened to him from Saint Peter’s Square, including some Peruvians in Rome, asked to pray “for the acts of violence to cease” in our country, which he visited on an apostolic trip in January 2018 .

“Violence snuffs out the hope of a fair solution to problems. I encourage all the parties involved to take the path of dialogue between brothers in the same nation in full respect for human rights and the rule of law”, he urged.

In response, through its social networks, the Government of Boluarte thanked the mention of the dad and assured that he seeks “dialogue between brothers” and the “cessation of all acts of violence”, despite the questions about the repression and the recent police raid on the National University of San Marcos with arrests of protesters who have come from the regions to mobilize in Lima.

“We thank His Holiness, Pope Francis, for keeping Peru in your prayers. That is also our path: the cessation of all acts of violence and dialogue between brothers of the same nation”, says the message broadcast on the internet social networks of the Presidency of Peru.