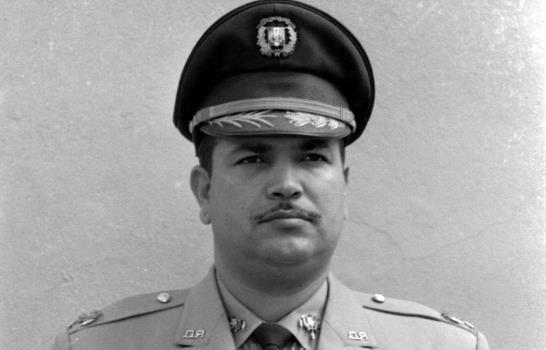 Confronting, controversial and very well documented. so is the documentary film “caamano. Militar a guerrilla”, a contribution by the Dominican filmmaker and documentary maker René Fortunato to the study on the life of Colonel Francisco Alberto Caamaño Deñówhich will reach selected movie theaters, starting next February 14, to mark the 50th anniversary of his death, which occurred on February 16, 1973.

For some he was a hero, for others a soldier at the service of those who led the nation at that time and for others, a true guerrilla fighter; However, Fortunato considers that defining him in just one of these aspects would limit his historical figure, which is why he set out to investigate all facets of him, and the result was a material that will show the public a caamano as seldom seen.

“It was a great challenge to take a character and show it in its different facets, because it generally focuses on a single aspect,” René told Diario Libre.

He added: “This is one of the attractions of this documentary filmwhich shows the character Francisco caamano in its various facets.

Through unpublished data collected in a research process, as he assured Diario Libre, during a special screening where directors and representatives of the media as well as historians were present, it will be possible to learn more about the human and vulnerable side of caamano, through films and photos used in this film production that were acquired in specialized archives in London, England; Washington DC, USA; Havana Cuba; Buenos Aires, Argentina; and the General Archive of the Nation of Santo Domingo, among others.

“I had to deal with many prejudices, many opinions that exist (about Caamaño)” René Fortunato Filmmaker “

This new documentary film de Fortunato shows the story from his departure from the Dominican Republic in January 1966.

For the writer Ángela Hernández, who was present at the screening, “René does an extraordinary job, an intellectual effort in which the perspective of a generation committed to the destiny of that country is involved.”

For her, “this is of great value. documentary film to know a part of our recent history and therefore it must be seen by the new generations”, he added.

Lack of support even for the film law

so that this documentary film see the light Fortunato had to get rid of many things, and never better said. The filmmaker confessed that, although he knocked on all the doors he could, practically none opened, so he had to use his own resources.

It did not have the incentives of the film law, nor did it receive sponsorship from private companies or public institutions, only Efemérides Patrias heard the call; he hopes with the screening in theaters to recover the investment.

Despite this, the Dominican filmmaker feels very satisfied with the final result, a result that will make more than one question himself about how far he is willing to go to be faithful to an ideal.

“He was consistent with his behavior, he was a person who said ‘I’m going that way’ and that’s where he went. And he went (into exile) and said that he was coming and he did come. You hardly see that anymore in Dominican society, people who are committed to his word, ”said Fortunato. “He considered himself a man of honor,” he said.