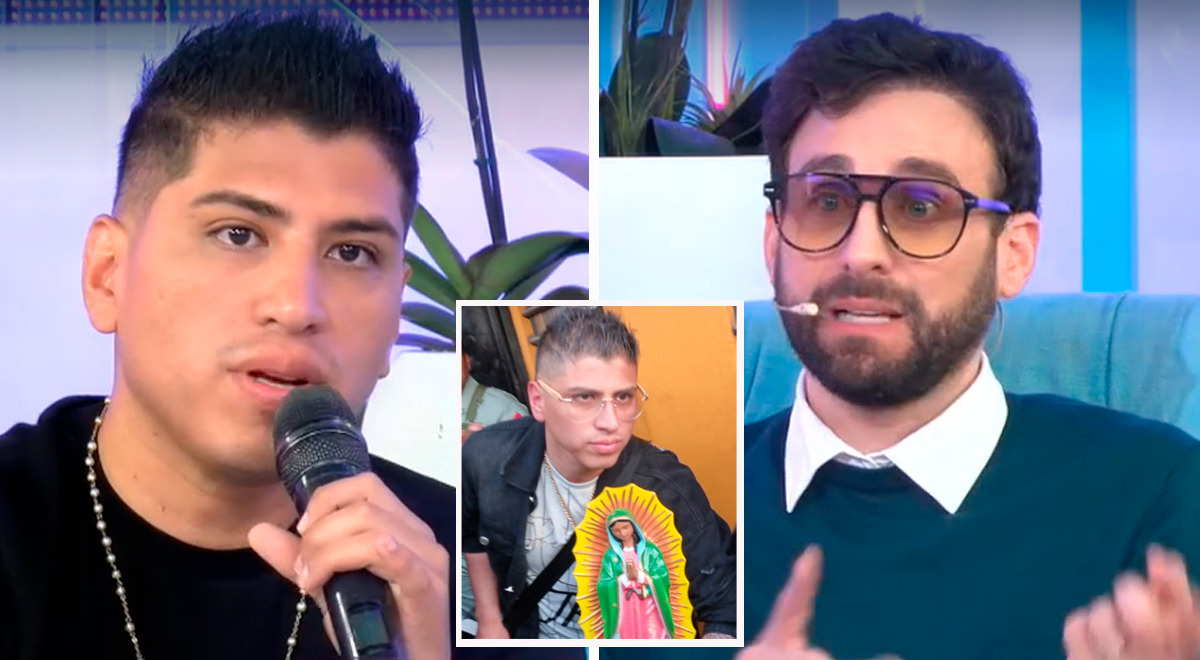 It was sent with everything! The cumbia singer john kelvin He decided for the first time to give a LIVE interview for television after being released from prison after staying for more than a year for assaulting his ex-wife Dahlia Duran. This time, the ex-convict came to Amor y Fuego to answer all the questions.

YOU CAN SEE: Karla Tarazona attacks John Kelvin for hugging Dalia Durán: “What she wants is to wash her face” [VIDEO]

In the latest edition of the program Willax TelevisionThis Thursday, November 24, the drivers Rodrigo González and Gigi Miter decided to question the cumbiambero a lot. However, Peluchín could not help but show his total discomfort with the public figure.

For this reason, the presenter rebuked John Kelvin in front of the cameras for the way he was released from prison because let us remember that he wore a striking suit and also appeared with the Virgin of Guadalupe in his hands.

YOU CAN SEE: Rodrigo González believes that John Kelvin ORQUESTÓ toasts with Dalia Durán: “She who lends herself” [VIDEO]

Amor y Fuego receives the rejection of its viewers

The Willax Television program Amor y Fuego received harsh comments from its viewers and followers of its official Instagram account after announcing an exclusive interview with john kelvin after being released from prison for assaulting Dahlia Duran.

“Too bad they shouldn’t give that man a screen”, “Don’t give either of them a screen”, “Why are they going to give him more screen”, “He’s a stickler, what else is he going to say?”, ” How disgusting to be in front of that guy”, were some of the comments from the users.