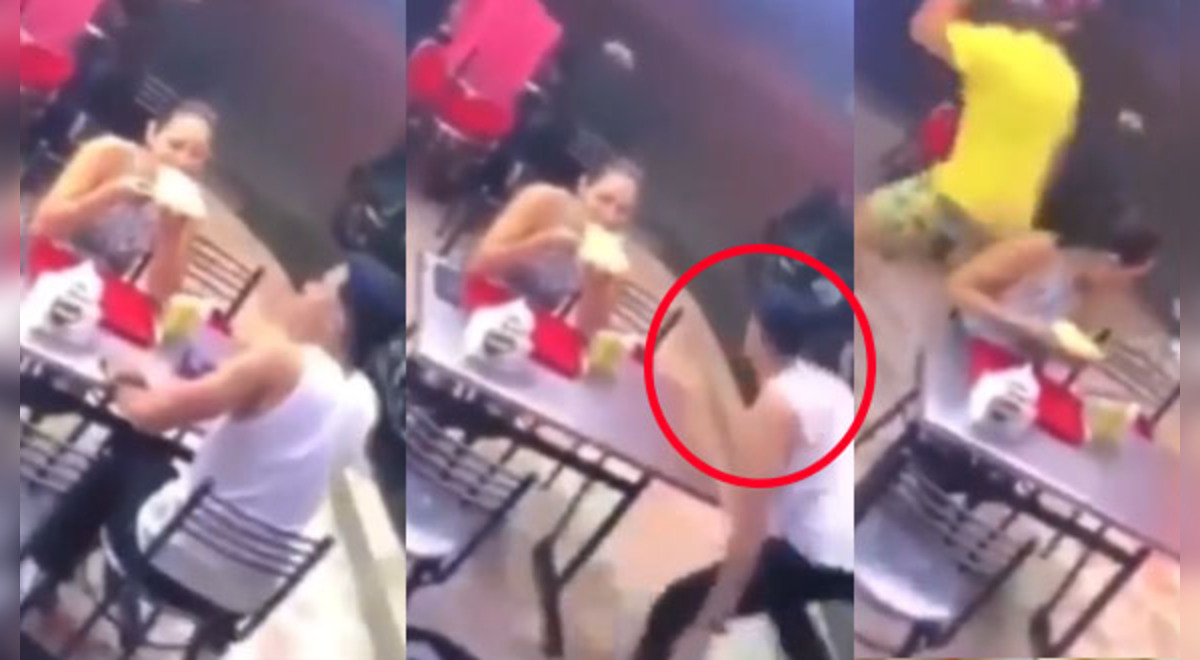 The unusual scenes captured by the security cameras of a pizzeria in Brazil have gone around the world. The reason? A man, after noticing the presence of armed robbers, escaped leaving his partner abandoned, who had a shocking reaction to being completely alone.

According to the Chronicle medium, the disconcerting episode occurred in Rio de Janeiro, Brazil, where dozens of clients were shocked by the presence of criminals. However, the reaction of a couple surprised more than one.

The security cameras showed how the man, who had gone to dinner with his partner at a pizzeria, did not hesitate to abandon his partner after noticing the presence of two armed criminals in the establishment, located in Rio de Janeiro.

After being left to her own devices, the young woman surprisingly did not get nervous nor did she cry from fright. What did? She acted calmly and handed over all her valuables. The incredible thing was that after the thieves fled the place the girl continued eating her pizza as if nothing had happened.

After the dissemination of the images on social networks, users highlighted the courage of the young woman unlike her partner, some even joked with her reaction. “At least they didn’t take the food” or “How good that pizza must be” were some of the messages.

It should be noted that the police of Brazil is investigating the whereabouts of criminals to catch the criminals. Next, we share the video that captured the unusual scene: