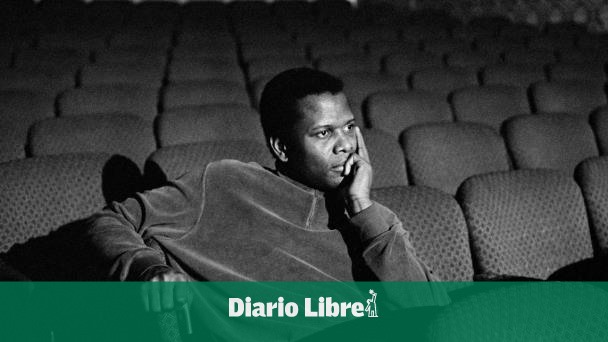 the late actor Sidney Poitier He was at the height of his Hollywood career when he was accused by black activists and intellectuals of playing stereotypical roles for white audiences as the American civil rights movement exploded in the 1960s.

“Sydney”, the new documentary film of AppleTV+ Produced by Oprah Winfrey and featuring interviews with stars ranging from Denzel Washington and Morgan Feeman to Barbra Streisand and Robert Redford, it establishes why they were wrong.

“The reality is that since the invention of the cinema there have been degrading images of black people, and Sidney Poitiersingle-handedly destroyed those images, film after film,” Reginald Hudlin, director of the documentary film which will air this Friday.

This is one of several discussions in “Sidney,” which features interviews Poitier gave Winfrey years before her death, produced in January 2022 at the age of 94.

The production addresses a subject that can be thorny: the extramarital relationship that Poitier had when he was with his first wife, Juanita Hardy, who is interviewed in the documentary filmas well as the three daughters of the actor.

“When I first sat down with the family to talk about the possibility of making this movie, I asked if there was anything that was off limits. I specifically brought that up as an example,” Hudlin said.

“They told me ‘No, no, no, we want to tell the whole truth.’ I appreciated the fact that they weren’t interested in recording a sugar-coated piece.”

But the production also cuts into terrifying moments of the racist violence Poitier suffered in his lifetime.

In 1964, Poitier and fellow actor Harry Belafonte were chased in Mississippi by armed members of the white supremacist group Ku Klux Klan while carrying money for a voting rights movement.

Another encounter with the Klan and a white cop who gunned Poitier down as a teenager is recounted as a defining experience in his pioneering career and often-forgotten activism.

“That’s what’s impressive. He never succumbed to bitterness, never let himself be finished off,” Hudlin said. “I kept turning this into strength, into more determination and into more will.”

“There was no precedent”

But perhaps the most disputed part of Poitier’s legacy is the remarks that he is too nice or obedient, a kind of “Uncle Tom” to white audiences and Hollywood.

The documentary film brings up an article published in 1967 by The New York Times under the title “Why does white America love America so much?” Sidney Poitier?”, which accused the actor of “playing essentially the same role, the antiseptic one-dimensional hero.”

The text spoke of a “Syndrome Sidney Poitier“. “A good man in an all-white world, with no wife, girlfriend or woman to love or kiss, helping a white man solve a white man’s problems.”

Just three years earlier, Poitier had become the first black actor to win an Oscar for “A Voice in the Shadows,” in which he played a nomadic worker who helps a community of nuns, with whom he ends up establishing a bond. .

Other roles, such as the beggar he plays in “Porgy and Bess”, were seen as racist by critics.

According to Hudlin, the attacks “were an inevitable consequence of the work he was doing,” and Poitier, “who knew he would go further,” was more interested in humanizing the black experience.

“It was kept in a larger context,” Hudlin said, noting that oppressed minorities were “suddenly fighting for their freedom” and “trying to understand this in real time, as it happened.”

“I think that now we can look at everything with a greater, historical vision, and say that those decisions that Sidney Poitier took were correct and helped the greater cause move forward.

“Sidney” also underscores the revolutionary nature of Poitier’s kiss with white actress Katharine Houghton in “Know Who’s Coming to Dinner?” and the moment he slaps a white Southern aristocrat in “In the Heat of the Night.”

“There was no precedent for who he was and what he was doing,” Hudlin said.