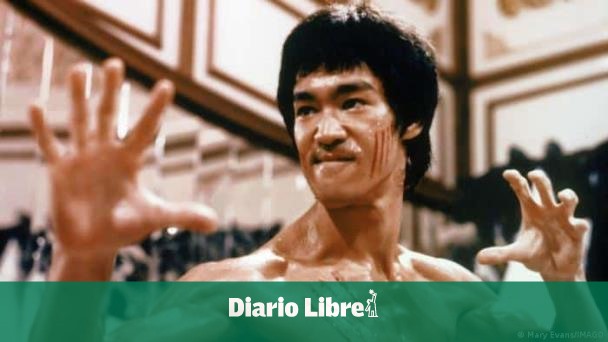 Sony Pictures is in the development phase of a biopic about the legend of martial arts Bruce Lee with Ang Lee (“Life of Pi”) as director, the specialized film medium Deadline announced on Wednesday.

The film, which officially has no title yet, will focus on the career of the Chinese-American figure who left a legacy in the Hollywood industry as a director and actor with films such as “Fist of the Fury” (1972), “The Way of the Dragon” (1972) and “Enter the Dragon” (1973).

These tapes, added to the television series “The Green Hornet” (1966), served to raise as a star Bruce Lee (1940-1973) and make it one of the greatest references in mixed martial arts since the 1970s.

However, his legacy also extended to other fields such as philosophy and his reflections continue to be remembered by generations after his death.

On this point, we will have to wait for the premiere of the work to find out how it reflects the cause of Lee’s death, still on the air fifty years later.

In fact, precisely in the latest issue of the Clinical Kidney Journal, published last week, hyponatremia – the kidney’s inability to excrete excess water – was pointed out as the main hypothesis of death.

Taiwanese Oscar-winning filmmaker Ang Lee will direct this biopic scripted by Dan Futterman (“Capote”) and in which his own son, Mason Lee, will embody the martial arts reference.

“Bruce Lee was a bridge between east and west who introduced the gung fu (philosophical art of self defense) in the world. In addition, he was an iconic artist who revolutionized both martial arts and action cinema,” Ang Lee said in a statement collected by the aforementioned outlet.