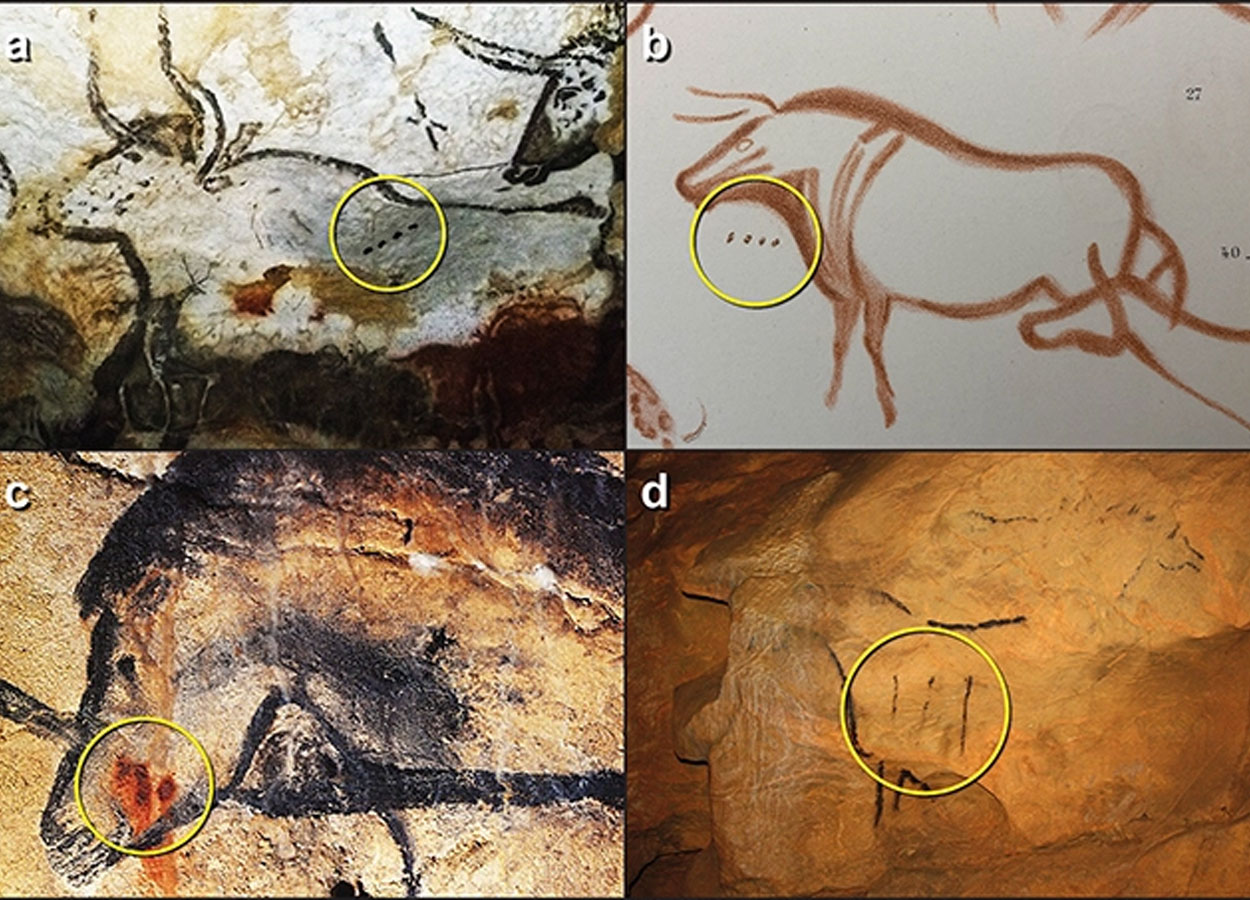 In an attempt to decipher the meaning of the markings seen in cave drawings inhabited during the last Ice Age, a team of researchers has found oldest writing evidencedating to at least 14,000 years earlier than previously thought.

Until now, archaeologists knew that these sequences of lines, dots and other symbols, found on cave walls and portable objects from that era, stored some kind of information, but they were unaware of their specific meaning.

The new study reveals that hunter-gatherers of the last Ice Age used these symbols, combined with drawings of their animal prey, to record and share sophisticated information about the behavior of these speciesat least 20,000 years ago.

Using the equivalent animal birth cycles today as a reference point, the team was able to determine that the number of markings associated with the Ice Age creatures was a record, per lunar month, of when they mated.

The group was also able to establish that a ‘Y’ sign on these, formed by adding one diverging line to another, meant ‘giving birth’.

Some of the brands analyzed in the study. Photos: Bacon et al.

Their work demonstrates that these sequences report mating and calving seasons, and they found a statistically significant correlation between the number of marks, the position of the ‘Y’ sign, and the months in which modern animals mate and give birth, respectively.

Since the marks, found in more than 600 images on cave walls and portable objects throughout Europe, record information numerically and refer to a calendar rather than speech, cannot be called “writing” in the pictographic and cuneiform sense, or wedge-shaped early writing systems that arose in Sumer from 3400 a. C. onwards.

Instead, the team refers to them as a prototyping systempredating other token-based ones believed to have arisen during the Near Eastern Neolithic by at least 10,000 years.

The study, published in the Cambridge Archaeological Journal, was led by an independent researcher, Ben Bacon, and involved a small group including Durham University professors Paul Pettitt (Department of Archeology) and Robert Kentridge (Department of Psychology). .

Professors Pettitt and Kentridge have worked together to develop the field of visual paleopsychology, the scientific research in psychology that underpins the earliest development of human visual culture, and have used their collaborative skills to analyze the team’s data, reports the Durham University in a statement.

The research not only decodes information first reported thousands of years ago, but also shows that Ice Age hunter-gatherers were the first to use a systematic calendar and marks to record information about the main ecological events within it.

After demonstrating that they can decipher the meaning of at least some of these symbols, the team hopes to continue their work and try to further understand them, their cognitive underpinnings, and what information Ice Age hunter-gatherers valued.

With information from Europa Press