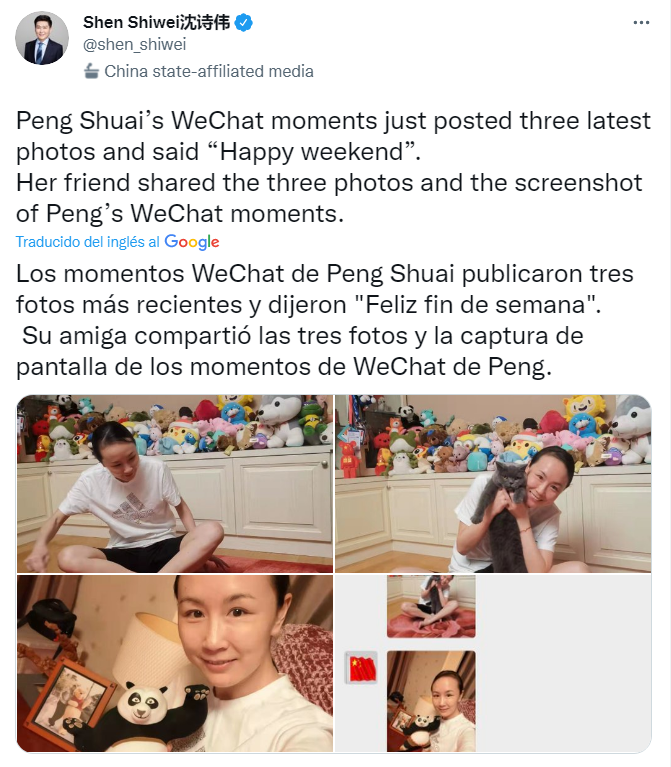 The tennis player Peng shuai is a Chinese tennis player who was number one in the world and also champion of Grand Slams in doubles, however, since last November 4, this famous athlete has disappeared, causing a worldwide commotion in the world of sports.

On November 2, Shuai accused, through his social networks, the former deputy minister of his country, Zhang gaoli, of having sexually violated her, something that caught the attention of all netizens at that time.

“Why did you have to come back to me, did you take me to your house to force me to have sex with you? Yes, I have no proof, and it is simply impossible to have it. I couldn’t describe how disgusted I was, and how many times did I wonder if I am still human. I feel like a walking corpse. Every day I acted, What person is the real me? That afternoon I did not agree at first and would not stop crying “He said on the Chinese social network Wechat.

The government responded to the accusation of the tennis player

After this publication was viralized on social networks, the tennis player deleted the message in less than 30 minutes, and despite the fact that several people from the Chinese Government were questioned, all have avoided declaring to the media. However, the spokesman for the Ministry of Foreign Affairs of China has indicated that this situation is not a diplomatic issue and stated that he has no knowledge of what happened.

Journalist would have revealed his whereabouts

After having reported this abuse, the tennis player seems to have disappeared from the face of the earth, and at this moment, while everyone claims for the whereabouts of Shuai, the journalist of the Chinese regime, Shen shiwei, made a publication with the description “happy weekend”, and it shows the tennis player surrounded by several stuffed animals.