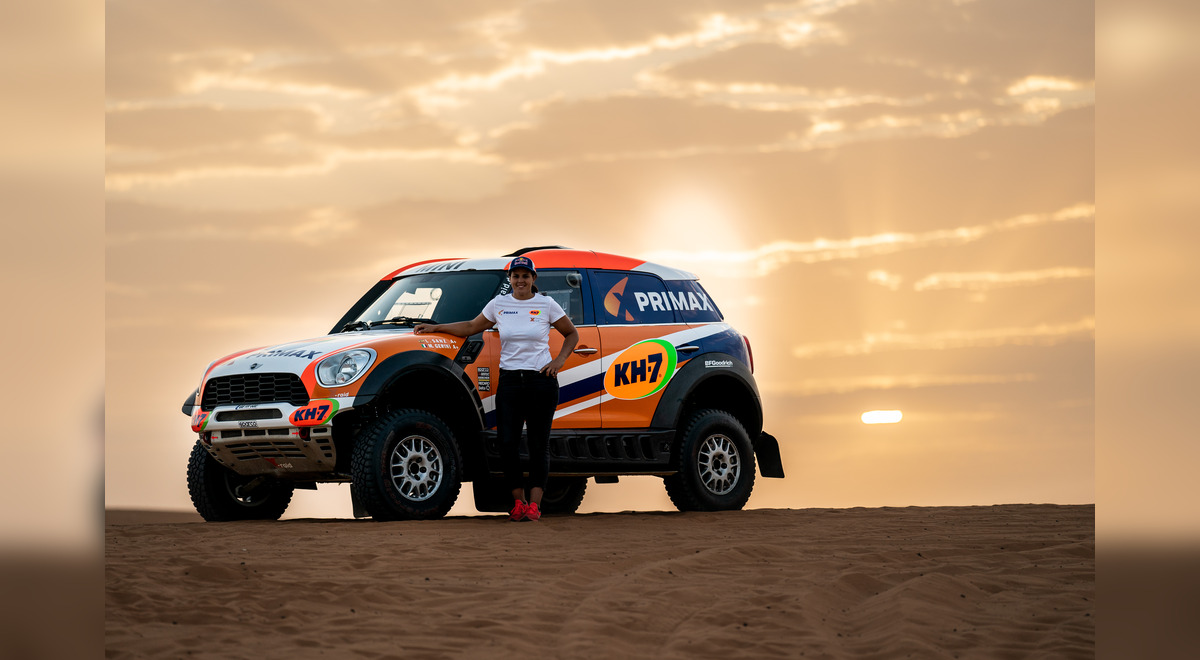 Laia sanz, a Spanish athlete who has accumulated more than 18 world titles in her career and is configured as the most awarded in the history of motorsport, will leave two wheels to drive a mini Countryman in the Dakar test that will be raced in Saudi Arabia from January 2 to 12, 2022.

The consecrated Spanish racer will join the Primax X-Raid Team, who will show that they are made to give it their all and will testify their high quality, power and performance in the most demanding conditions and the most difficult terrain of the Dakar route.

As you recall, the Spanish Carlos Sainz managed to win the Dakar 2020 belonging to the Primax X-Raid Team group and now they hope to be protagonists with Laia Sanz, a leading Spanish motorcyclist in his category. She is the only rider to participate in 11 consecutive Dakar and, in the 2015 Dakar, she managed to become the best classified woman on two wheels in the history of this competition.

Although he has developed his career on two wheels, he has also shown rapid adaptation and great progression in automobiles. His debut in a motorsport competition took place in the “24 hours of Barcelona in 2011”.

“We are very proud that a multilatina brand is present at the most important motorsport event in the world and, above all, that today, as the main sponsor, we are betting on who is undoubtedly an outstanding athlete in this competition: Laia Sanz. We see and recognize the energy and passion with which Laia has achieved more than 18 world titles in a sport in which men have traditionally excelled. We are sure that he will demonstrate his highest level leading the Primax X-Raid Team ”, said Carlos Sotomayor, Primax Corporate Marketing Manager.