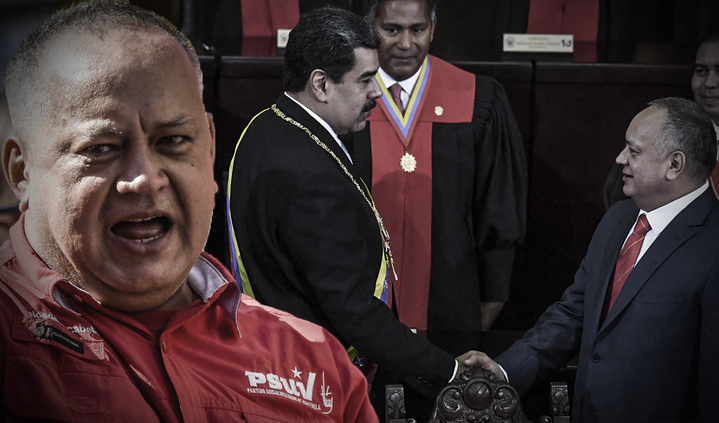 The Venezuelan Foreign Minister, Yvan Gilindicated in an interview for the state channel Venezolana de Televisión (VTV), broadcast this Saturday, that the former president of Peru Pedro Castillo He was “victim of a betrayal.”

“Pedro Castillo was the victim of a betrayal (…) It is a force that is now on the move, the people who elected Pedro Castillo are the ones on the streets (protesting),” Gil said.

The official believes that in Peru the rule of law, legality and “sooner rather than later serenity and the rule of law” will be “imposed”. Meanwhile, he affirms that “unbridled fascist forces will be seen, not only in Peru.”

On January 11, the Venezuelan deputy God given hairconsidered the number 2 of Chavismo, described the police response to the protests in Peru as a “massacre”, which have left 48 dead since December after the dismissal by Congress of Castillo.

Diosdado Cabello is a deputy and current vice president of the United Socialist Party of Venezuela (PSUV). Photo: composition LR/AFP

The also first vice president of the ruler United Socialist Party of Venezuela (PSUV) criticized that some organizations such as the Organization of American States (OAS) “say nothing” about the mobilizations in the Andean country against President Dina Boluarte, whom Cabello called a “dictator.”

So far, 40 protesters have died in direct confrontations with law enforcement, as well as a police officer, while seven more people have lost their lives “due to traffic accidents and events related to the blockade,” according to data from the Ombudsman’s Office. of the people of Peru.

Protesters demand the resignation of the president Dina Boluartethe closure of Congress, the advancement of general elections to 2023 and a constituent assembly.