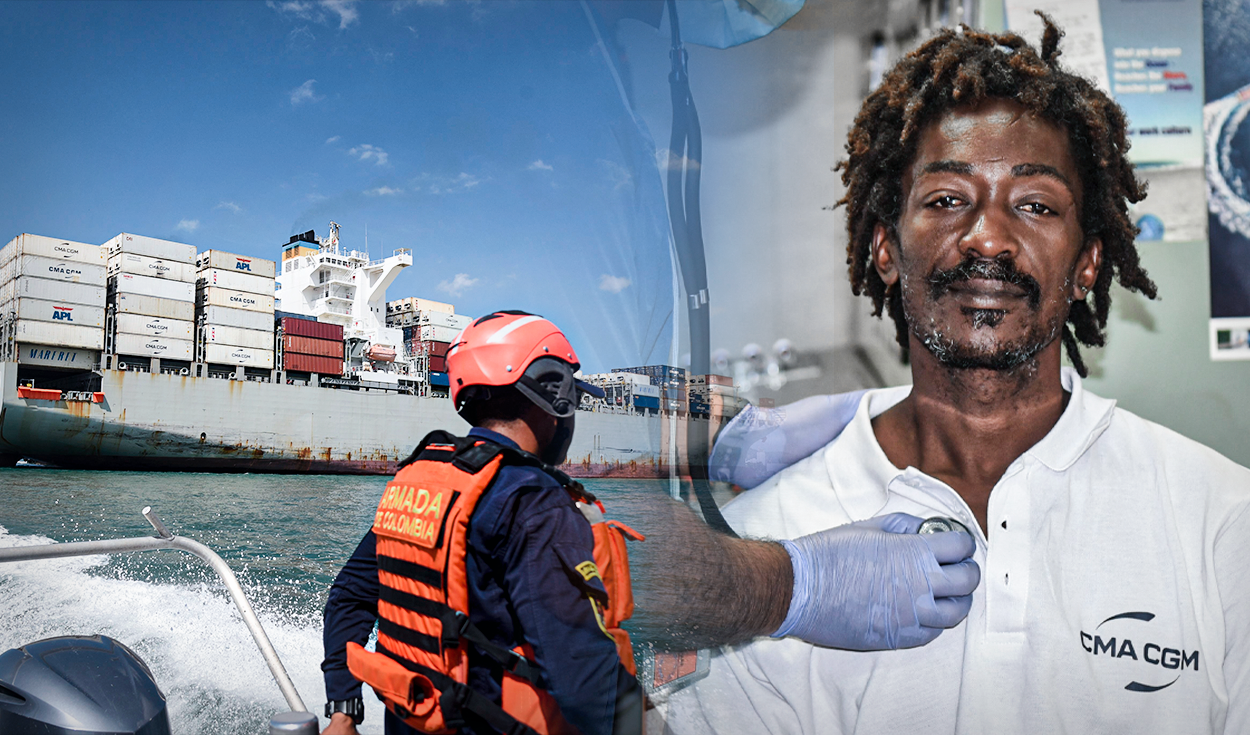 A Dominican man was lost for almost a month aboard a sailboat in the Caribbean Sea and survived at the tip of a ketchup before being rescued in Colombian waters, the naval authority of that country reported last Wednesday.

“I had no food, just a bottle of ketchup, garlic powder and (bouillon cubes) Maggi. I mixed everything with water to survive for about 24 days,” Elvis Francois, 47, and originally from Dominica, recounted in English in a video released by the Colombian Navy.

The islander had no experience in navigation, for which he was lost and disoriented at sea, his efforts to maneuver the boat and the equipment on board did not yield results, which led him, in a desperate action, to score along on the hull the word “HELP” (“help”, in English), finally achieving his rescue 120 nautical miles northwest of Puerto Bolívar, in the department of La Guajira (north).

“On January 15 I saw a plane go by. I had a mirror and I began to send him some signals” with the reflection of the sun, “when I saw it pass twice, I realized that they had seen me,” Francois explained.

The Navy received the information from the aircraft and rescued the man with the help of a merchant ship.

The videos show a doctor listening to the survivor, while he ensures that he feels well.

In December of last year, Francois was working on the repair of a sailboat in front of a port on the Caribbean island of Saint Martin, in the Netherlands Antilles.

In the midst of “adverse” weather conditions, the man “was dragged into the open sea,” according to a Navy bulletin. Francois tried to make calls with his cell phone, but it lost signal.

“There was nothing else I could do but sit and wait (…) 24 days without land, with no one to talk to, not knowing what to do, or where he was. It was hard, at times I lost hope, I thought about my familyFrancois confessed.

The Dominican was handed over to the immigration authorities to coordinate the return to his country.

With information from EFE and AFP