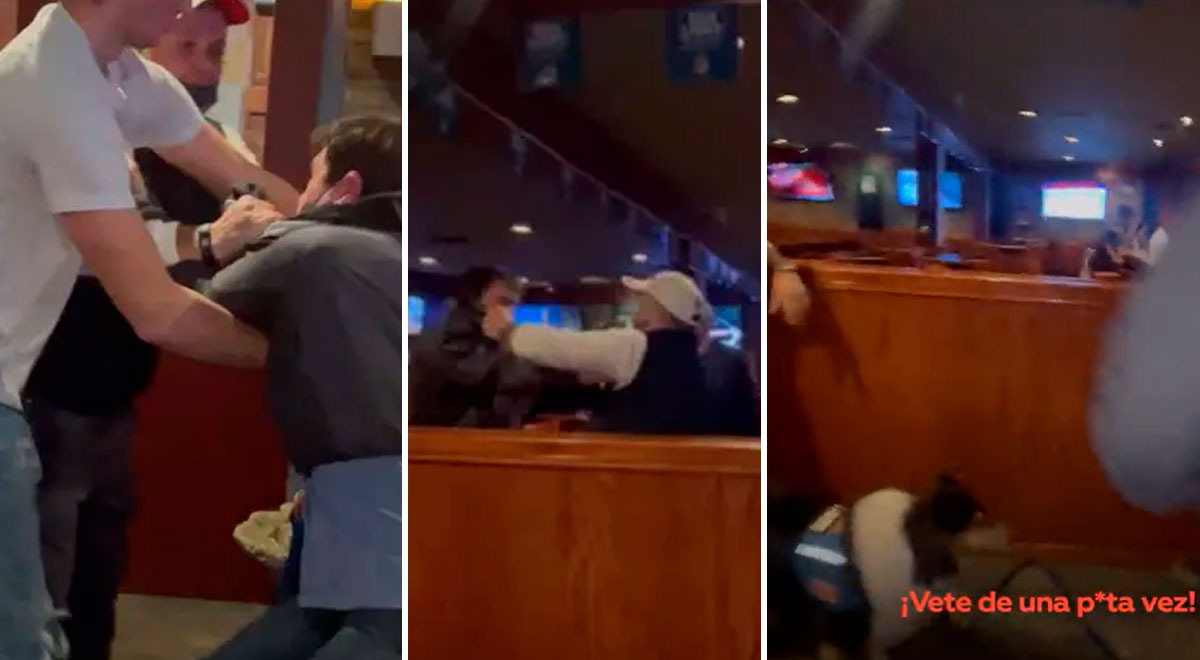 The owners of a restaurant in Ontario, Canada, tried to evict a young man with a disability because they did not want to allow him to enter with his companion dog.

In the video released on social networks It is possible to see the moment when the young man enters the restaurant with his pet, when he was suddenly intercepted by the owners of the place. The subjects tried to prevent him from entering.

Visibly alienated by the boy’s presence, they began to struggle with him, all before the gaze of the diners. According to the owners of the premises, the presence of assistance animals is not allowed.

However, as it is a help animal, it must be with its owner at all times and there is no rule that prohibits its entry. In the video you can see the moment in which the young man struggles and screams very upset while two men beat him.

Meanwhile, the diners of the restaurant yelled at the owners to leave the young man alone, however, they continued hitting and pulling him. After the attack, the young man left the place and some people who were present supported him.

On Twitter, Facebook and other social networks, the reactions were immediate and many indicated that they should sue the place and ask for support from the police. Also, many called for a boycott of the restaurant.