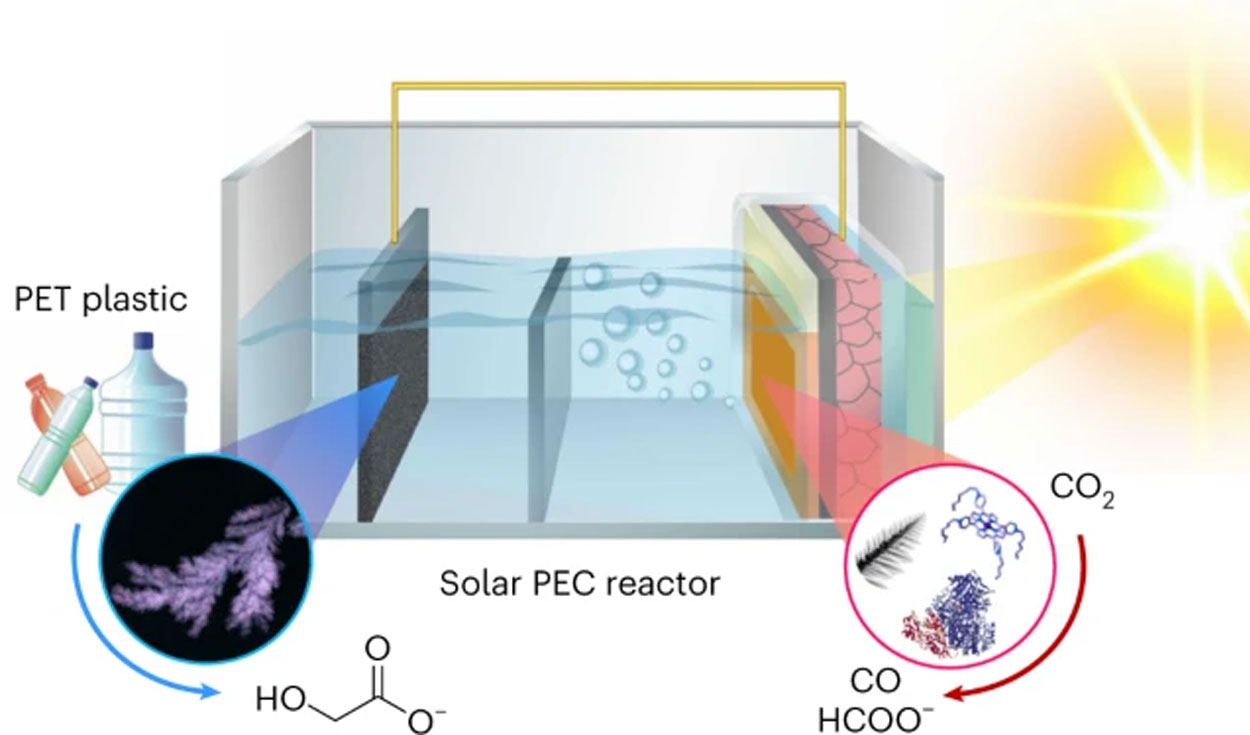 A team from the English University of Cambridge has created a solar powered reactor that is capable of transforming plastic waste and greenhouse gases into sustainable fuel, publishes the Nature Synthesis magazine on Monday.

The reactor has two separate compartments, one for plastic and one for gases, allowing you to transform two waste streams into two chemicals at the same time. According to the authors, this is the first time that this has been achieved with a system propelled by light.

According to the magazine, the reactor uses a perovskite-based light absorber, a “promising alternative” to silicon for next-generation solar cells.

The team designed different catalysts to be integrated into the light absorber, so they can be changed depending on the desired end product.

The authors explain that the reactor converts carbon dioxide (CO2) and plastics into different useful components in various industrial sectors.

In the experiments, CO2 was converted to syngaskey to sustainable liquid fuels, and plastic bottles became Glycolic Acidwhich is used in the cosmetics industry.

“Converting waste into something usable using solar energy is one of the main goals of our research,” says Erwin Reisner, from the Yusuf Hamied Department of Chemistry at the University of Cambridge.

His colleague, Subhajit Bhattacharjee, points out that the invention of “a solar-powered technology that can tackle plastic pollution and greenhouse gases at the same time could be critical to the development of a circular economy.”