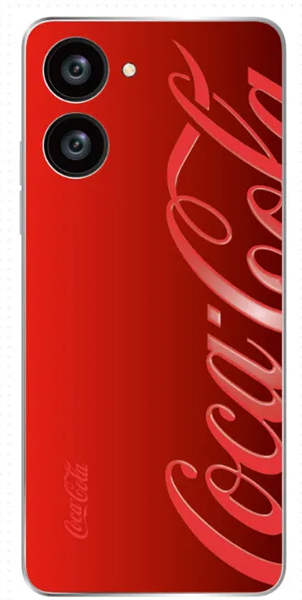 Collaborations between smartphone manufacturers and other types of companies are quite common. For several years now, smartphones from various franchises such as “Dragon Ball Z”, “Evangelion”, “Naruto”, Genshin Impact, etc. have been on the market. To the surprise of thousands of users, very soon we could see a new limited edition equipment that would come from Coke and a mysterious mark.

As detailed by AndroidPhoria, a portal specializing in technology, the famous soft drink brand is planning to launch a cell phone in India, a market where this product is very popular. At the moment, it is unknown with which brand Coca-Cola would work; However, everything seems to indicate that it would be the Chinese firm Realme, which has already launched some equipment in collaboration with other companies.

According to the publication, at the moment there are not many details about the technical specifications that this smartphone will have, there is only a filtered image that shows what the back of this equipment would look like. The most striking thing is the red color, which the brand usually uses in all its products, as well as the logos, a small one located on the left and a large one, on the right.

The render of the cell phone also reveals that this Coca-Cola smartphone will have a double camera on the back. Thanks to the fact that this design was leaked, many experts say that it would be a Realme 10 4G special editionan entry-level equipment that is available in several models that differ in RAM (4, 6 or 8 GB) and storage (64, 128 and 256 GB).