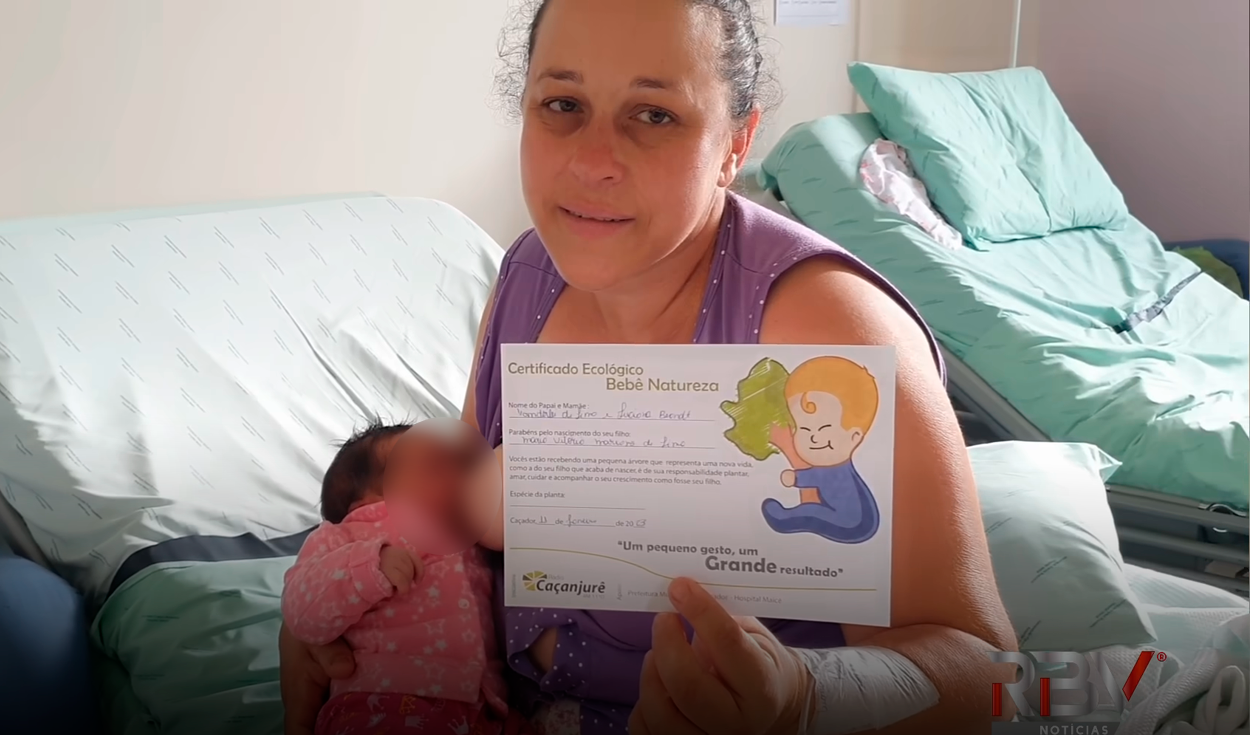 The doctors told Luciana Brandt that she could not have children because she had reached early menopause. The 41-year-old woman, from Brazil, wanted to be her mother and, despite being told that she would have little success, she tried and surprised by giving birth to a baby weighing more than five kilos.

“She was long awaited, since I am 41 years old, and my doctor told me that I no longer had enough eggs to get pregnant again. This is due to my early menopause”, recounted the protagonist of this happy story.

“I kept faith in God. I am happy for the arrival of him, but I never imagined that I would weigh five kilos”, the woman revealed to the English outlet The Mirror.

The gestation process was calm and did not have any difficulties or abnormalities, however, after nine months, the woman gave birth to a baby named María Victoria. The most unexpected thing was the great weight that she had when she was born, when the usual is 3.5 kilos.

The little girl was born by caesarean section and measured 51 centimeters. The specialists said that she had a normal delivery and that after a few days in the hospital they were discharged without complications and were able to return home.

“Hospital Maicé wishes little Maria Vitória and her family much health and happiness and may they receive many blessings,” a hospital spokesperson said.