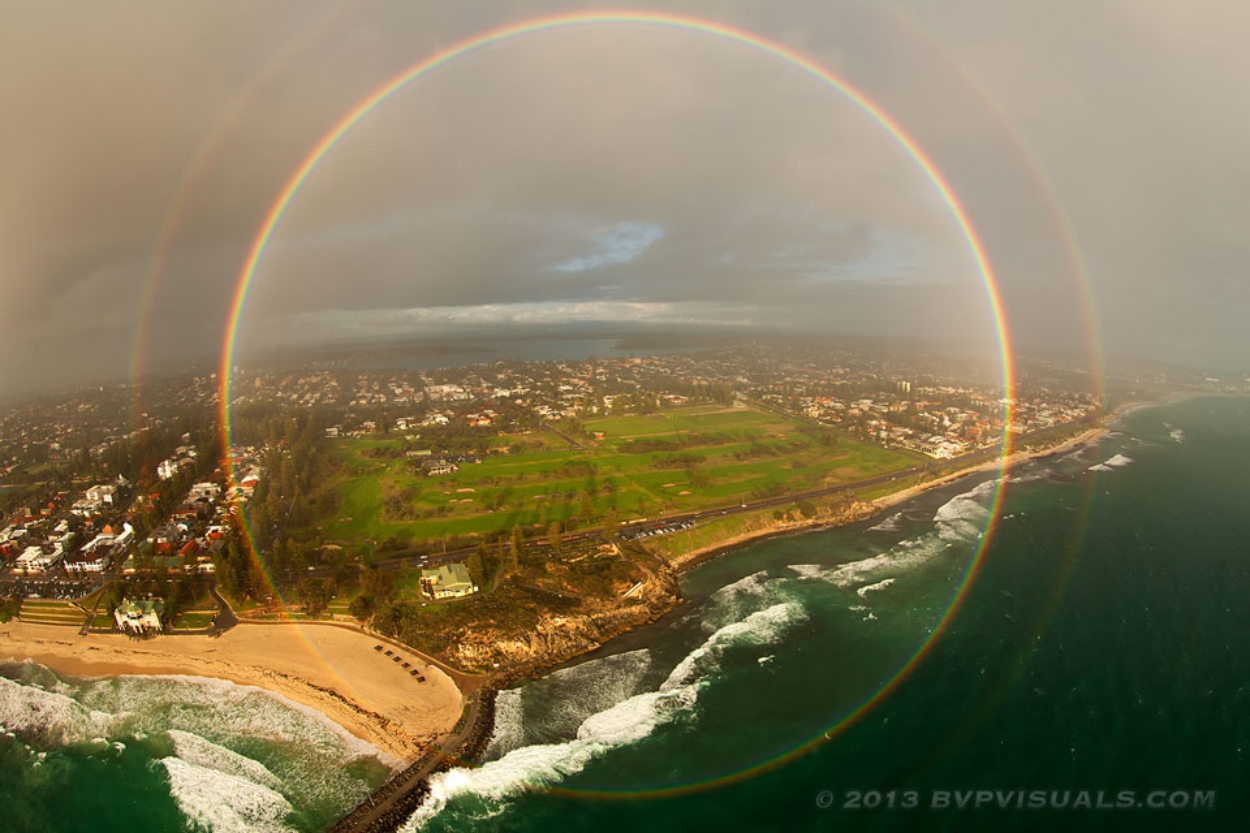 As their name indicates, most of the rainbows that we see from the Earth’s surface have an arc shape. However, in case you did not know, if we are located at a high altitude, we will be able to observe that these natural phenomena are actually complete circles.

According to Earth Sky, a portal specialized in astronomy and other natural phenomena, the reason why we do not see rainbows in their entirety is because their lower half is usually obstructed by the horizon from our location.

Aircraft pilots are the ones who can most often appreciate the meteorological and optical event in all its splendor, says NASA.

A 360 degree rainbow captured on Cottesloe Beach, near Perth, Australia. The image, which also shows a second fainter rainbow around it, was taken from a helicopter and was visible for 5 km. Photo: Colin Leondhart/NASA

How are rainbows formed?

Rainbows are formed by the refraction and reflection of sunlight in raindrops. Both phenomena involve a change in the direction of the wavelengths of light.

As a result of sunlight passing through raindrops, it is divided into all the colors that make up the spectrum of visible light: red, orange, yellow, green, blue, and violet (ordered from longest to shortest according to their wavelength). and from the outer part to the inner part of the rainbow).

To witness a rainbow your eyes must point away from the Sun, and there must be a high concentration of water droplets in the air in front of you, an experiment you can easily recreate with a hose at home, as exemplified by meteorologist Alan Sealls in the next video.