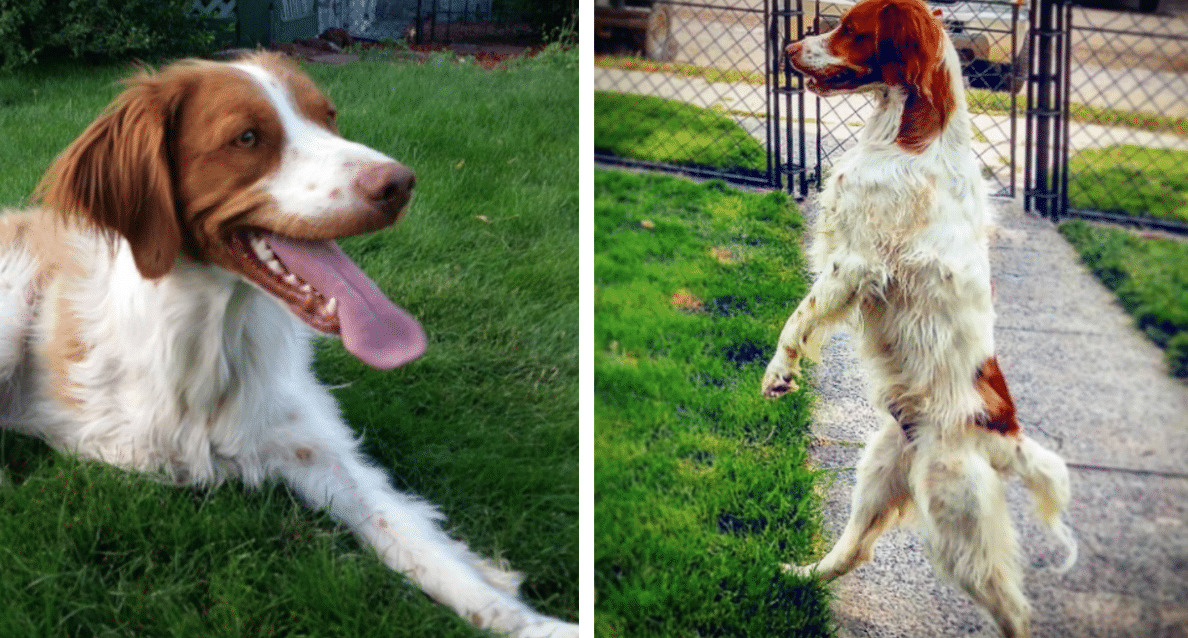 Touching. Dexter, a three legged dog, surprised his owners when he began to walk around the house with only his hind legs. The six-year-old dog was sadly involved in a accident with a car and required five surgeries in his first year, followed by rehabilitation training to learn to walk again after losing a limb.

However, despite all that ordeal that he has to live, Dexter has become something of a social media star with 634.6K followers on TikTok watching his daily reflections through his account, @dexterdogouray.

In one of his videos titled: “A Dog That Can Walk on Two Legs? Yes, This Really Happened!” Dexter can be seen walking down the stairs like a normal dog before stopping at the foot of the stairs, quickly denying with his head and throws himself on his hind legs before walking incredibly human-like into another room.

Dexter’s owner, Kentee Pasek from Ouray, Colorado, United States, spoke with Team Dogs about the ordeal and said: “It was tragic. We didn’t know if he would make the 45 minute drive to our vet in the next town, so we did not know if he would survive the night”.

YOU CAN SEE: Niño scored a goal and dedicated it to his recently deceased mother and even his rivals embraced him: “Kisses to heaven” [FOTO]

“Once he did and had the surgery, it was a very slow recovery. Five surgeries in a year. Two sets of pins on the arm. It was a long road and every day I was thinking ‘what have we gotten ourselves into?’ but in the end he was always so happy and positive and he just loved the fact that he lived, “he said between sobs.

“It’s been a safe trip and now he thinks he’s just another normal family dog.” When Dexter is seen walking the streets on his hind legs, he still attracts a lot of attention. Kentee continued, “Dexter is a super fun and family oriented dog. He is very silly, funny, happy and positive. He loves people and greets almost everyone. “

“He has always had a positive attitude and a will to live even during the accident and rehab. People are not sure what to think of him the first time they see him. It surprises them. “Watch this video below to see what Dexter is like: