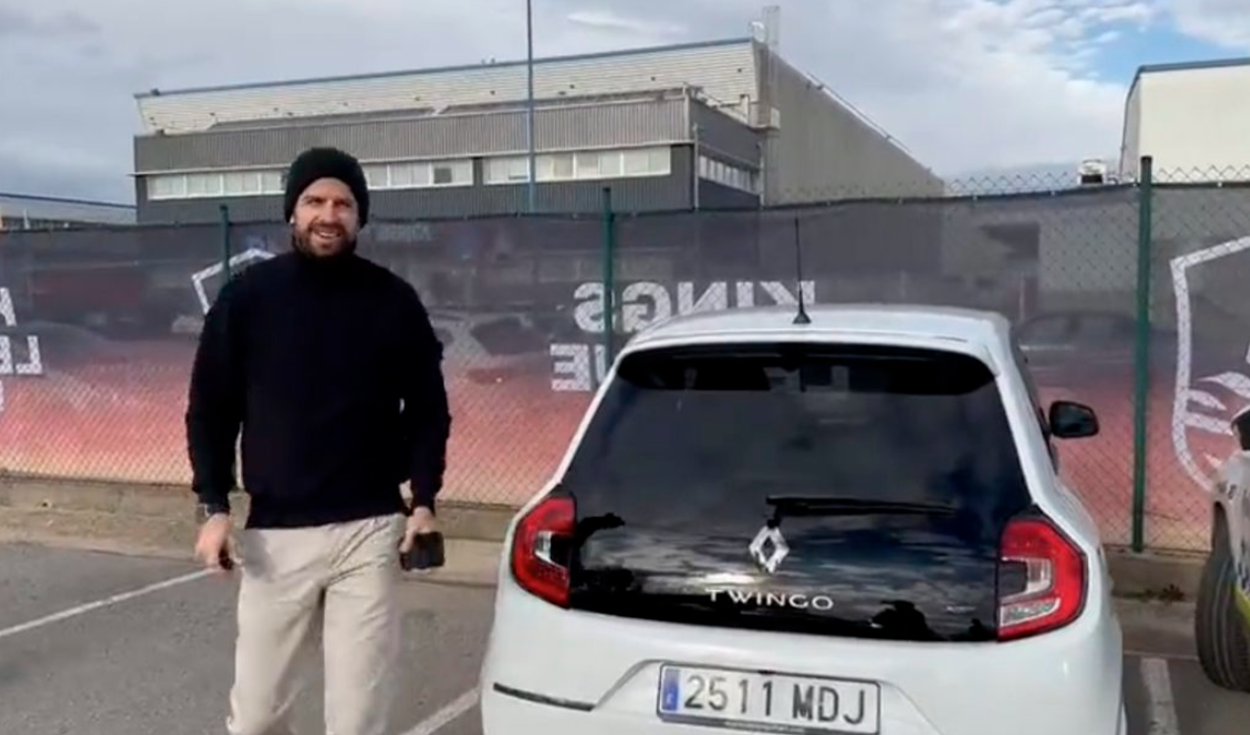 although to Gerard Piqué He was seen wearing a luxurious watch from the brand Casio the day after the song was released “BZRP Music Sessions #53″, in which his ex Shakira criticizes, through implicit messages, his ex-partner; The Spaniard did not stop and returned to answer the lyrics of the new song by the Barranquillera, this time to the phrase: “You changed a Ferrari for a Twingo.”

And it is that the ex-soccer player arrived at the tournament kings league in a Renault Twingo electric White color, under the watchful eye of the people, as a reply to the Colombian singer.

Gerard Piqué arriving in a Twingo at the Kings League. Photo: Twitter/Kings League

How is Piqué’s Renault Twingo?

The Renault car is one of the most affordable models of the French manufacturer, a car of 3.61 meters long that has interior capacity for four people, as well as a 240-liter trunk.

The new ‘revenge car’ is an electric Twingo ZE, which has an advanced urban and technological design, a characteristic that distinguishes it from its first versions from 1992, when it was a vehicle barely three meters long.

According to the newspaper La Nación, the name was generated thanks to the mixture of twist, swing and tango, as a synonym of versatility and dynamism.

It has a range of between 180 and 250 km, in addition to a battery that has a useful capacity of 21.3 kWh and a three-phase charge capable of recovering 0-80% of the battery in 63 minutes, according to the Hybrid portal. and Electrical.

These are not the only benefits of this Renault model. The system is also powered by a 22 kWh battery, which allows it to certify a range of 190 km (225 if only the ECO driving mode is used).

If exclusive driving is carried out through a city, the range is extended to 270 kilometers.

How much does the ‘revenge car’ cost?

The current generation that is sold in Europe and in which Piqué was seen was presented in 2014 and arose from a collaboration between Renault, Mercedes-Benz and Smart.