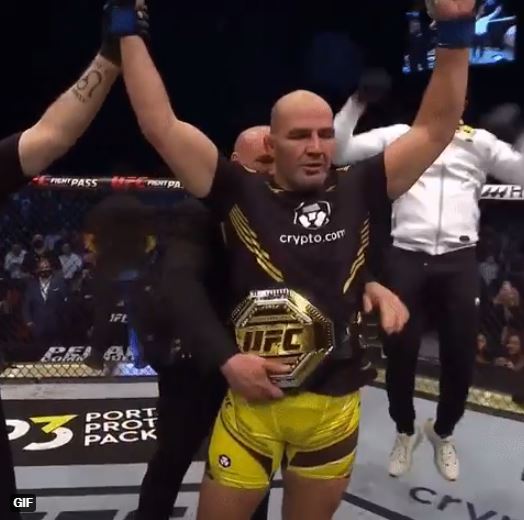 UFC 267 Golden Close! Glover teixeira he struck and with an impressive ‘kill’ he defeated the mighty Jan Blachowicz in the second round. The Brazilian showed all his experience since the bell rang.

Teixeira manages to get revenge after Jon ‘Bones’ Jones took away his unbeaten 20-fight fight in 2014 and he couldn’t take the gold. Today, from Abu Dhabi, Glover is the new Light Heavyweight Champion of the world.

In the co-feature, Russia‘s Peter Yan showed why he is the # 1 in the world in his category by defeating an elusive Cory Sandhagen by unanimous decision and remaining the interim Bantamweight champion. ‘No mercy’ wants to be the only 135-pound king.

Minutes earlier, the ovation of the night went to Islam Makhachev, who defeated Hooker in seconds. The public did not finish accommodating when the Russian friend of Khabib Nurmagomedov already had his rival subdued and took the victory.

A billboard that promises to draw fire and captivate fans of mixed martial arts. The UFC 267 returns to Abu Dhabi and will put the titles of the light heavy and bantamweight categories at stake.

At 38 years old, Jan Blachowicz will contest his second defense of his light heavyweight title. The Polish fighter explained that he wants great fights in the UFC to show that he is the best in his division.

In his first title fight he beat Israel Adesanya. The Nigerian lost his undefeated to Blachowicz. This fight allowed him to show that winning gold was no accident.

For the interim bantamweight title, Petr Yan and Cory Sandhagen will star in the co-feature. They both want to continue to make UFC history and win gold.

Check out the UFC 267 undercard

Check the schedule of UFC 267 in Peru

UFC 267, Where to see Jan Blachowicz vs Glover Teixeira?

UFC 267 and the channels to watch the fights:

You can also enjoy this meeting through Star Plus, a web platform that will be free this weekend for any user. Thus, this Friday, Saturday and Sunday you can see all the programming of this app completely free.