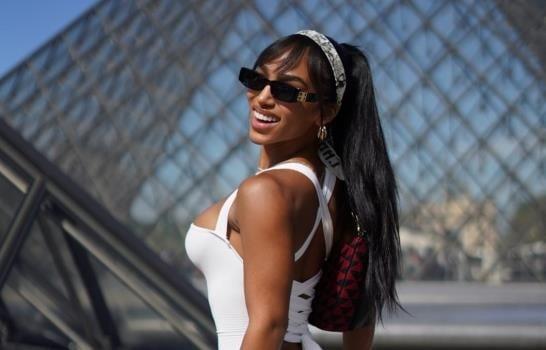 The beautiful model Venezuelan Virginia Sanhouse is one of the influencer famous Hispanic women in the United States, reaching more than 4.5 million followers on the TikTok social network.

Through this popular social network, he spreads humorous content and promotes his company Sanhouse Fit, which designs and makes specialized girdles for practicing sports.

Sanhouse is also a businesswoman, as well as influencer Y model professional.

“Dedication, perseverance and losing fear of the camera and what they will say have been key to meeting my personal goals and it is my recommendation for girls who want to be models, influencers, businesswomen or professionals in another area,” said the young woman. that began in Venezuela when she was just a 13-year-old teenager.

He comments that today he works in the city of Los Angeles under the e-commerce modality, which consists of taking photographs for different brands in professional studios.

Sanhouse joined the social networks in 2013, but it was not until 2020 when he began his career as influencerafter one of his videos went viral on TikTok in just three days.

“At the beginning of the quarantine due to the Covid pandemic, TikTok went viral and millions of people, just like me, opened their account on this social network. I started making videos for fun, I recorded myself dancing, which is something I like doing a lot, doing lip singing and other things to show my fun side,” she explained.

One of the dreams to fulfill Virginia Sanhouse is to achieve a participation on the big screen, for which he has been training by receiving acting classes.

“In the coming years I would like to see myself as the next Sofía Vergara, conquering Hollywood and the North American market. Following our dreams doesn’t cost anything, but we must work hard for what we want and to meet our goals”, she expresses model who participates in various castings and is taking acting classes.

From her beginnings, Virginia tells that she is a native of Ciudad Guayana, in eastern Venezuela, emigrated to the United States after graduating from high school and stayed for six months with her sister in Dallas, Texas. Getting a place at a university in Argentina forced her to travel to South America, but with the beginning of the decline of the Argentine economy, she made the decision to return to the United States.