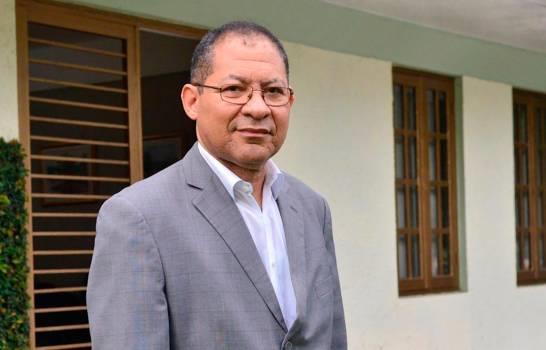 On November 25, the Day for the Elimination of Violence Against Women. The COVID-19 pandemic increased violence in almost all stages of life, without ceasing violence against women.

In this order, we have approached the clinical psychologist and director of the Behavioral Intervention Center for men of the Attorney General’s Office of the Dominican Republic, Luis Vergésto delve into this topic.

What causes the violent behavior of the man towards his partner?

Violence against women occurs as a result of several factors that combine, among them: vulnerability of the victims of violence, who very often do not have a support network to protect them; abusive mentality of the offenders, which is characterized by exaggerated ideas of control, deserving attitudes over women, possessiveness over their bodies and their ideas, jealousy, substance use, among other factors that combine.

When does this violence usually manifest itself? At what stage of the relationship?

At any stage of the relationship; Currently, in the country, about 20% start in courtship or in the first year of relationship and continue to increase in the next four years, where 59% of cases in the country occur.

What would be the warning signs?

Among the first signs that alert us are: attempts to subjugate and control through blackmail, threats, economic restriction and child support.

Is this violence against women nourished?

Violence against women is nourished by social and economic disadvantages, myths about gender roles, the authoritarian conception of the aggressors, the lack of a support network for potential victims, the absence of consequences for the aggressors and normalization of violence through the socio-cultural media.

How does home education influence this?

The home is the main space for the provision of care and also for information that will be useful for a good present and subsequent adjustment to the demands of life. Hence, it transmits, both verbally and non-verbally, a series of messages about how we should handle ourselves in relationships with women, many of which legitimize forms of control and domination of men over women and of children over women. girls. For these reasons it is important that we take seriously the idea of ​​creating a home platform to promote respect for women’s rights from an early age.

What strategies do you suggest to deal with cases of violence against women?

From the institutional point of view, violence against women must take into account, in the first place, the protection and guarantee of their right not to be violated; secondly, to have spaces for professional help so that they can access emotional recovery programs for free; thirdly, to offer re-education to the aggressors so that they stop committing violence; four, implement programs to promote gains in respect and equity in terms of fundamental rights; and fifth, to make visible through the socio-cultural media more the consequences than the impunity of the violent acts committed. From the home it is important to integrate parents into days of awareness and prevention of intrafamily violence; strengthen healthy bonds between members of family systems and realize that violence interrupts the path to healthy relationships.