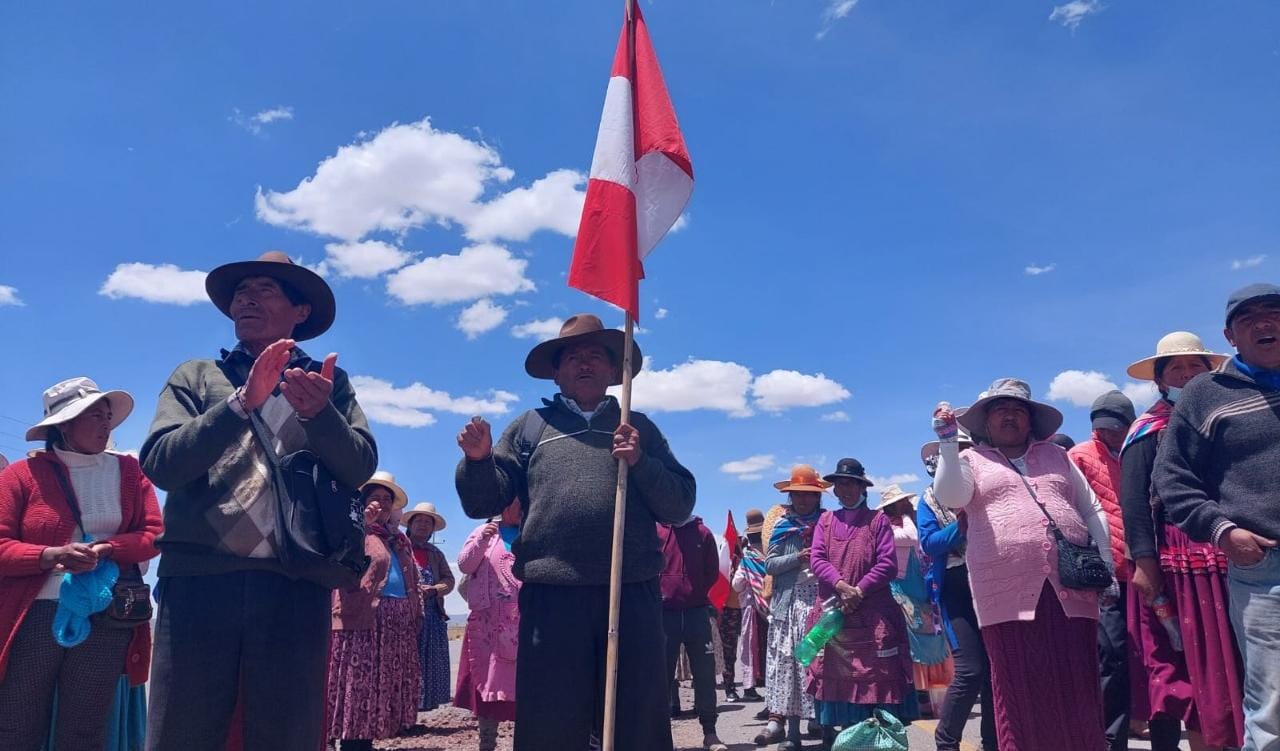 Latin America It is a paradox, a region in convulsion, which is suffering a new wave of violence. In Brazil, after the seizure of Congress, the Executive Power and the Supreme Court by the Bolsonaristas; in Peru, after the coup attempt by Pedro Castillo and the clashes between the Police and protesters, which leave at least 42 dead; and in bolivianafter the arrest of the opposition leader and governor of Santa Cruz, Luis Fernando Camacho.

“Violence is a constant in Latin Americaof the 50 most violent cities in the world, 42 are in Latin America (…), and this is due in many cases to a process of very accelerated weakening of the State”, affirms Alonso Cardenassociologist and professor of Political Science.

What is happening in Latin America, why is violence and radicalism controlling us again?

Fist. Demonstrators announced that they will continue with their protests if Dina Boluarte does not resign. Photo: Liubomir Fernandez/URPI LR

On the morning of December 7, Pedro Castillo decided to close the Congress. “Temporarily dissolve…”, he said on television, while his hands trembled and some remembered the infamous self-coup by Alberto Fujimori in 1992. That day the third vacancy due to permanent moral incapacity would be debated.

The unanimous rejection led to the vacancy and imprisonment of Castillo, and the following assumption of Dina Boluarte as the country’s first female president. This would be the beginning of a new political and social crisis in the country, where they demand the resignation of the president, new elections, a constituent assembly, among others.

Jorge Yamamoto, psychologist and social researcher, affirms that we are “a depressed society”, that professional quality has declined and that it tends to be more impulsive. In addition, with governments and congresses “immeasurably incompetent, and more corrupt than their immeasurable incompetence,” this would be the ideal breeding ground for frustration.

“(Peru has) a population with a high level of depressionthere is more polarization, it is easier to enter into violent confrontations and to reduce rationality”, he explains.

The violence in the clashes between demonstrators and police has left 42 deaths in Peru, according to the Ombudsman. In addition to others 7 citizens who lost their lives after the road blockade.

“There is a process of implosion of the State, of weakening of its capacities (…). Peru is becoming a failed state, is being eroded very rapidly because violence is exercised without legitimacy. What we have seen in Puno, Ayacucho, is the excessive, disproportionate exercise of violence that deprives the State of legitimacy,” he affirms. Alonso Cardenas. 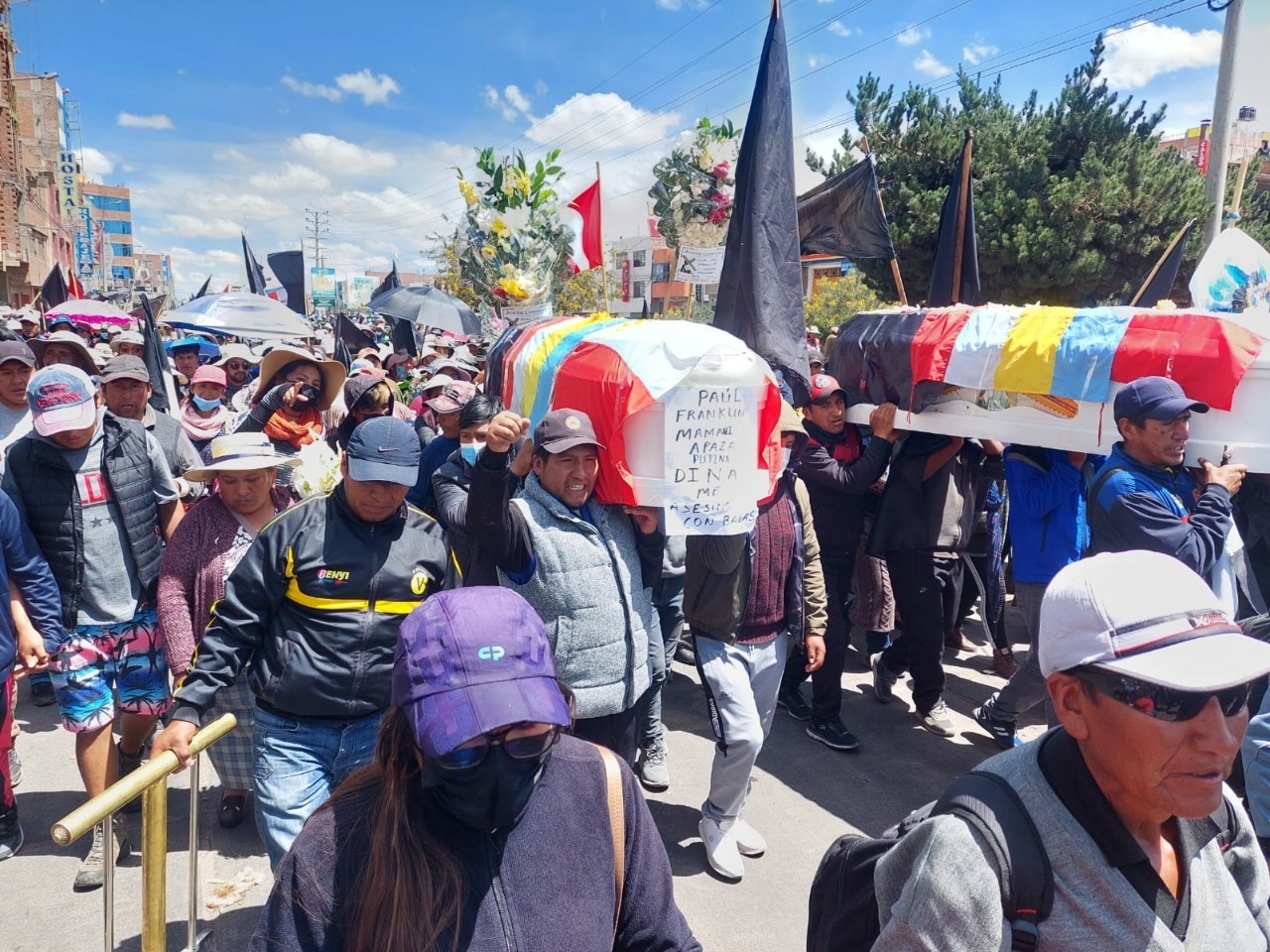 Protests in Puno temporarily halted due to funerals in Juliaca. Photo: Liubomir Fernández-URPI

The violent coup attempt in Brazil

Something similar is happening in the South American giant, but paradoxically the protests are promoted by far-right groups, followers of the former president Jair Bolsonarowho do not recognize the victory of Lula da Silvawhile in Peru, with a tendency towards the left and progressivism.

Since October 31, 2022, when Lula won the presidential elections, the Bolsonarists expressed their rejection with marches and camped in front of the headquarters of the Armed Forces in Brazil: they demanded a coup.

As of that date, in WhatsApp groups and social networks, the radical followers of Bolsonaro spoke of invading the three headquarters of the State powers in Brazil and under the code “Selma Festival” coordinated the invasion in Brasilia, as revealed an investigation by the Public Agency. 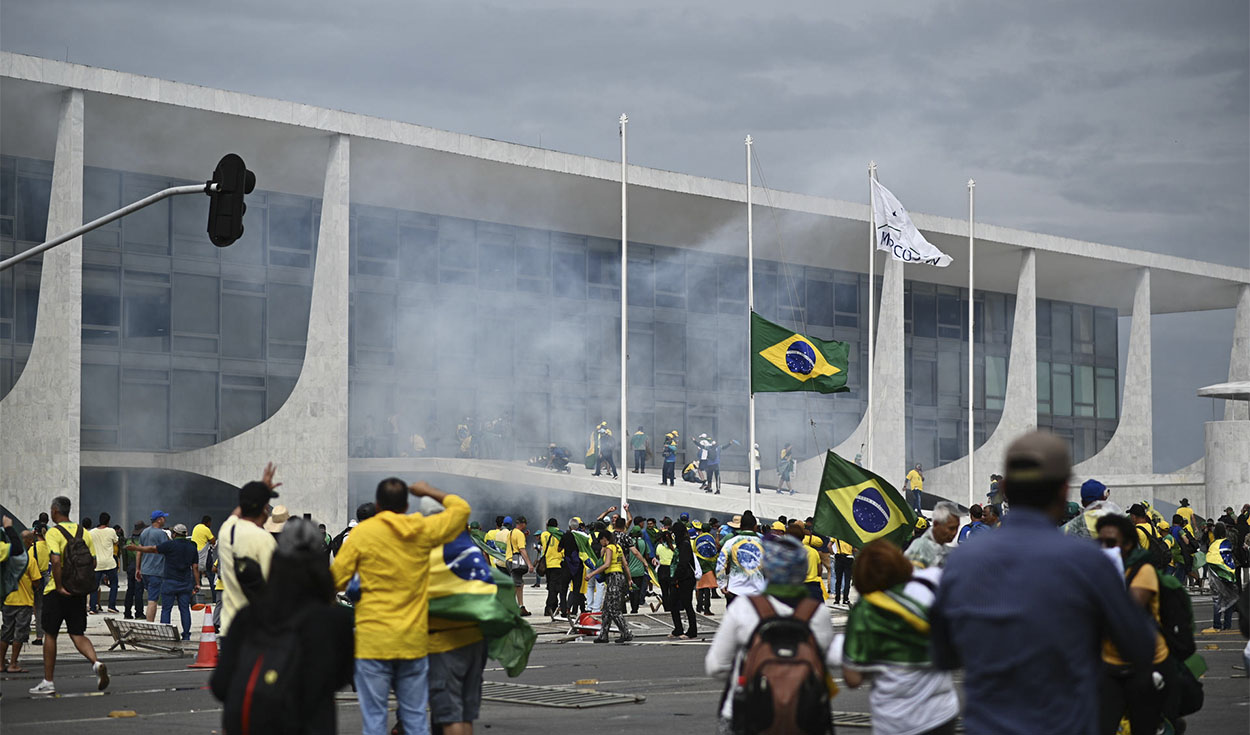 The violent demonstrators circumvented the police siege and entered the main seats of power in Brazil. Photo: EFE

The invasion to Congress, Executive power Y Supreme Court It lasted just under 3 hours, but, according to Lula, “it was a warning, a very big warning that we have to be more careful.”

The failed coup ended with more than 1,500 detainees, with the facilities destroyed, with the theft of weapons, with traces of urine, blood and feces, as revealed by the Minister of Social Communication, Paulo Pimenta. 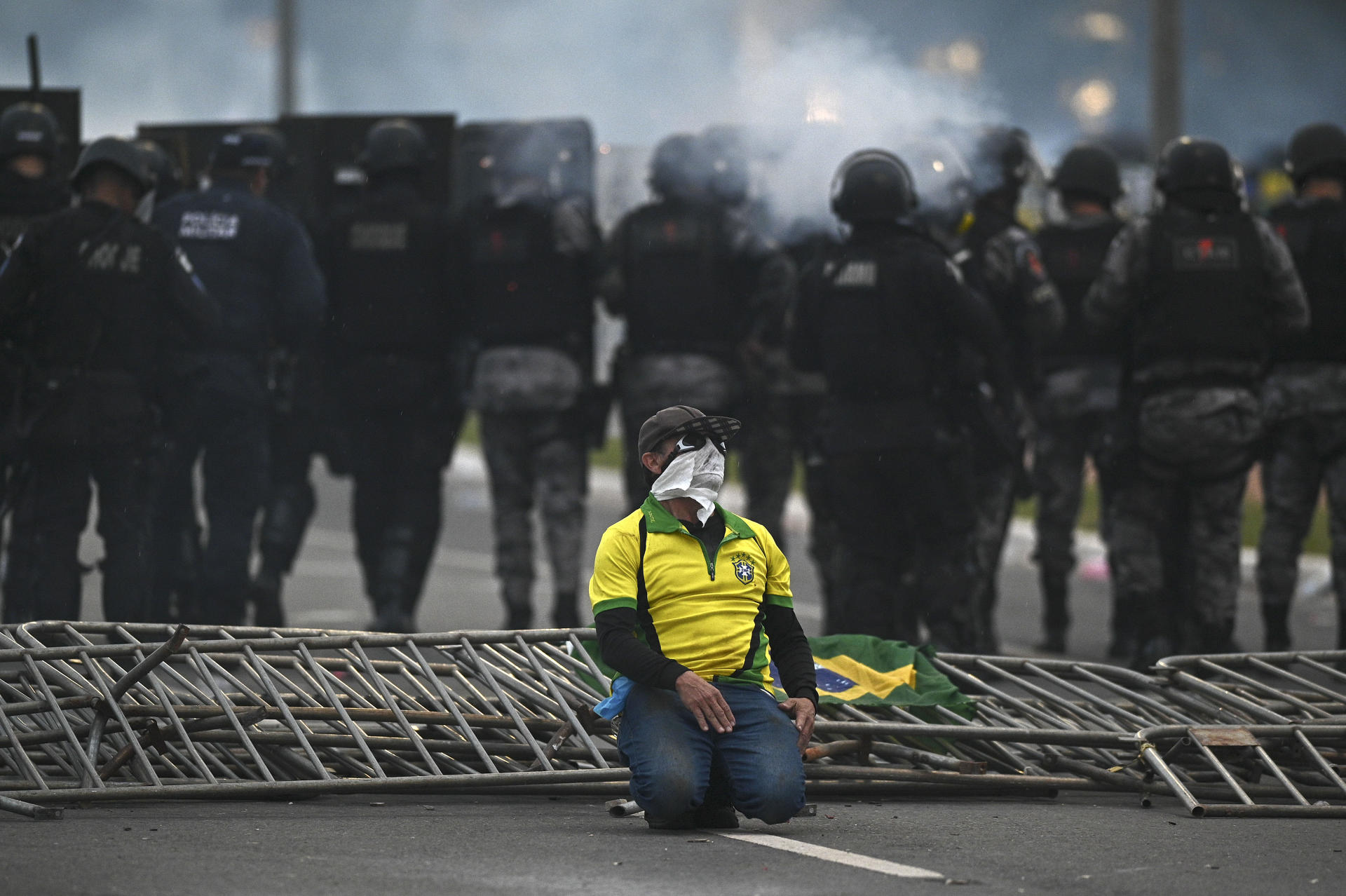 The Bolsonaristas have taken the shirt of the Brazilian section since the beginning of their protests. Photo: EFE/ Andre Borges

In addition, 55% of Brazilians consider former President Jair Bolsonaro responsible for the coup attacks, according to a survey released by Datafolha.

However, the future of Brazil is still cloudy. The Bolsonarists have called for new protests and the military, although they have ignored the calls for a coup, opted for silence and stillness in the barracks in the face of the assault on the powers that be, which shows the division after the departure of Jair Bolsonaro .