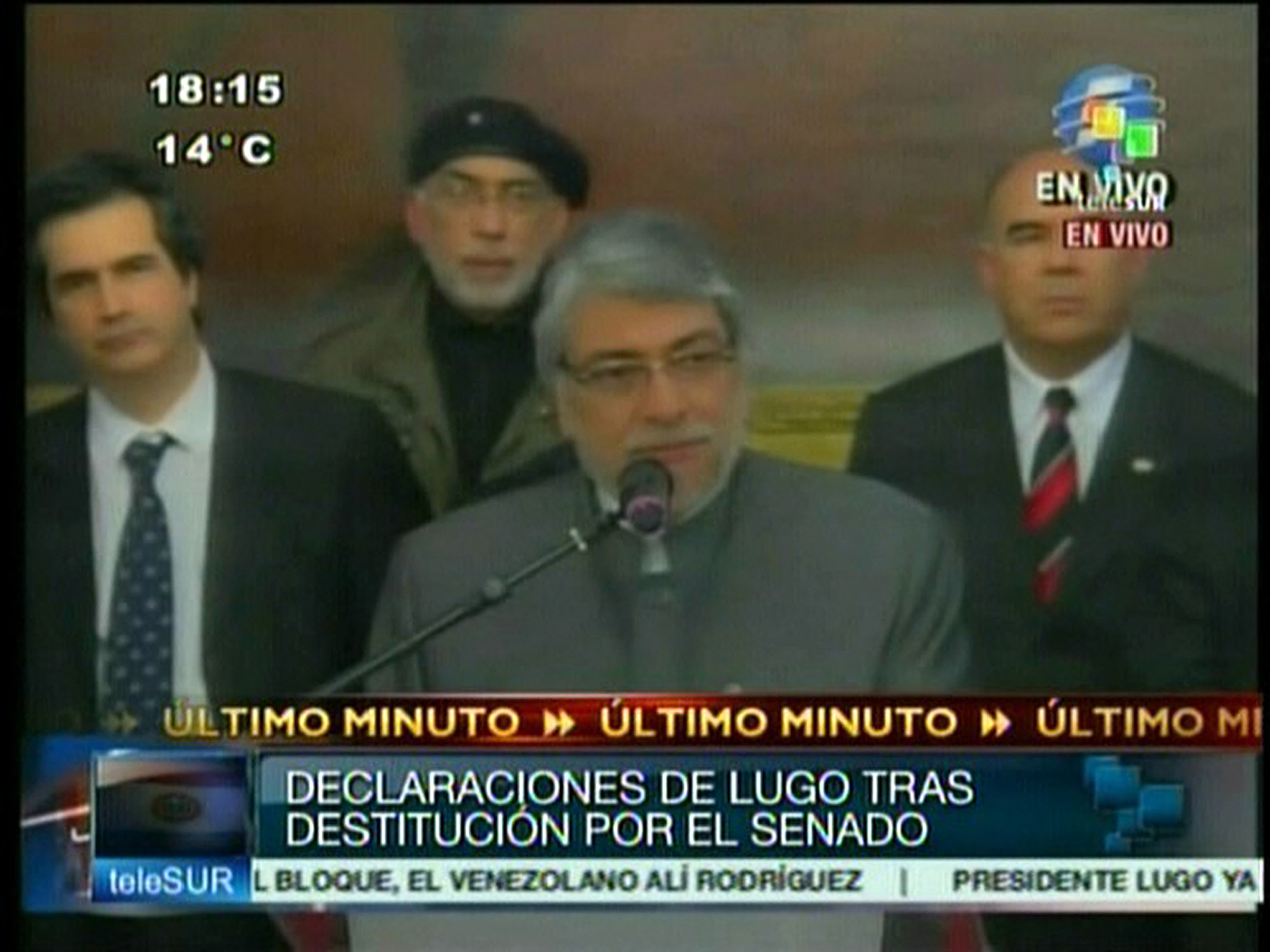 The troubled region of Latin America has gone through various political and social problems in recent years. Complaints of corruption, political instability, economic crisis and the neglect of large social gaps have caused some heads of state to go through impeachment and impeachment processes, which have led to their resignation.

The ex-bishop of the left Fernando Lugo assumed the presidency of Paraguay in 2008, ending the 61-year continuity of government of the Colorado Party.

His political problems began in May 2012, when a group of peasants broke into the property of the former senator. Blas Riquelme to protest due to the shortage of agricultural land in the department of canindeyu. Three weeks after the takeover, the Police evicted the protesters in a confrontation that left as a result 17 people dead (11 peasants and six policemen). This fact generated the resignation of important authorities.

Fernando Lugo giving statements after his dismissal as president of Paraguay. Photo: AFP

Lugo did not offer his support to the security forces, but he did offer his condolences to the relatives of the deceased police officers. Likewise, he indicated that the case would go through an investigation; however, on June 21, 2012 the Chamber of Deputies of this country approved the initiation of a political trial against him against Fernando Lugodue to the poor performance in their duties.

The president refused to resign, but a day later, with 39 votes in favor and four against, was removed from office. Some Latin American and European governments described the process as a “rupture of the democratic order.” For this reason, Paraguay was suspended as a member of the mercosur and the Unasur by its member countries.

Otto Perez Morales He is a former general of the Guatemalan Army, who assumed the presidency of his country in 2011. Already in 2015, a corruption complaint was uncovered against him for having received bribes for having reduced taxes for companies that wanted to import products, a network of customs fraud called The line. 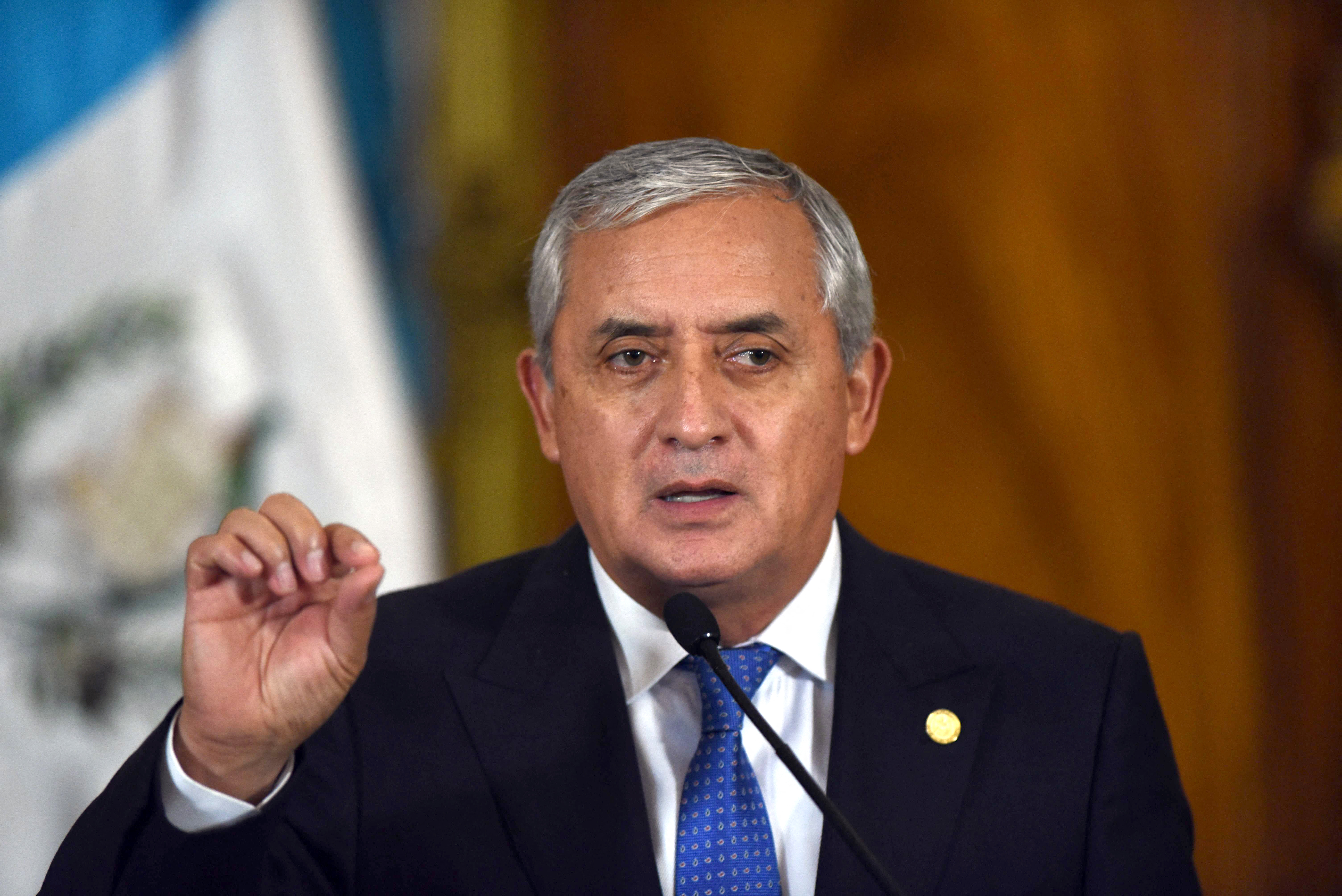 Following the complaint, demonstrations were held demanding the resignation of Pérez and his vice president, but he refused. On September 1, with 132 votes in favor and none against, the Congress of the republic of Guatemala took away the right to pretrial. The next day, Perez Morales filed an appeal before the Constitutional Court, which was denied. So he had no choice but to sign his resignation from the position of president. 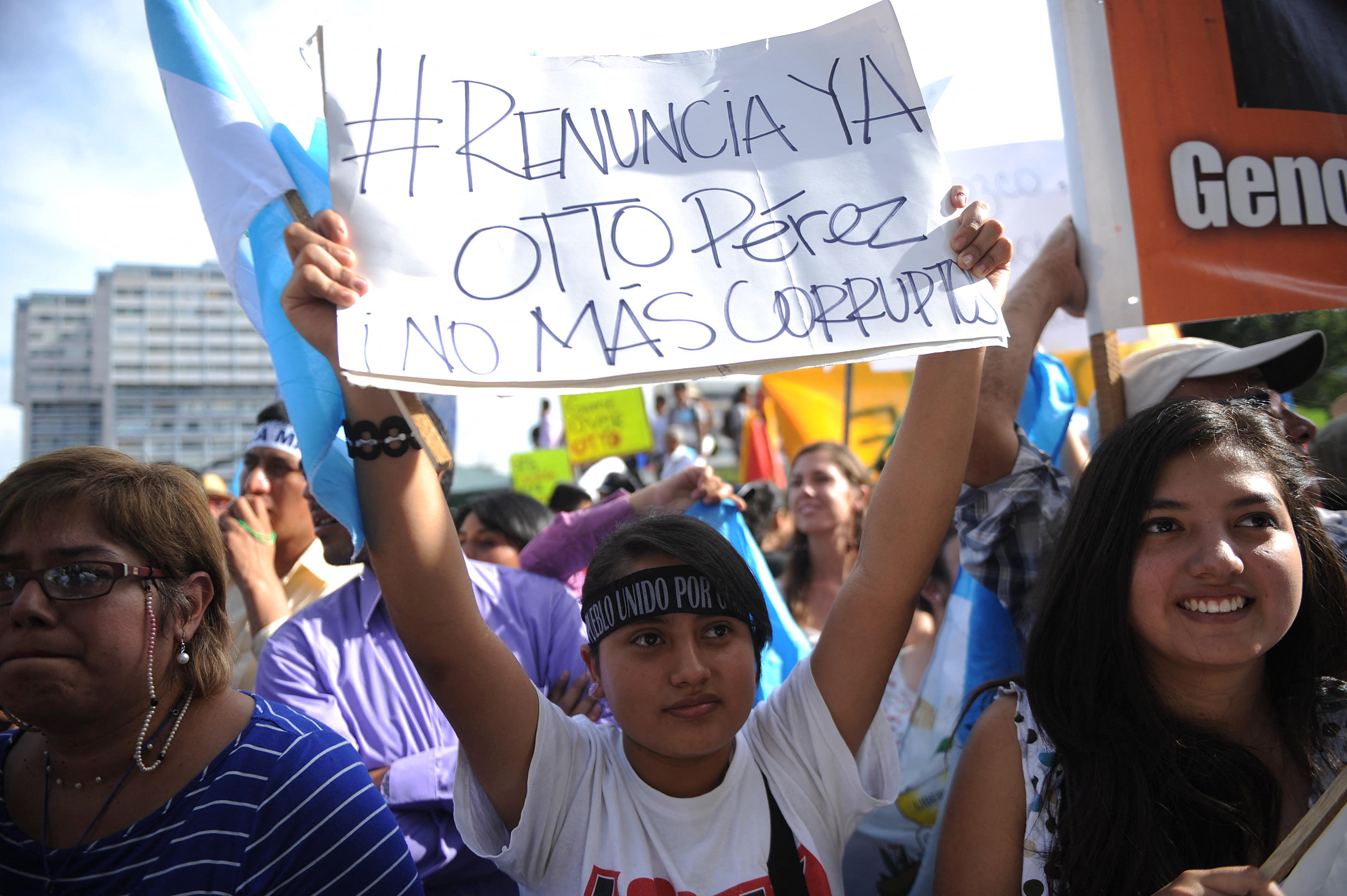 Guatemalans demonstrated demanding the resignation of Otto Pérez from the presidency, for alleged acts of corruption. Photo: AFP

Dilma Rousseff she became the first woman to lead Brazil in 2011. Her mandate began under the shadow of her predecessor, Lula da Silva, whom they pointed out as the true holder of the Executive Power.

He began his second term, via re-election, in 2015 with an economic and political crisis in context. That same year, an impeachment petition (Impeachment) against him came from the Brazilian Congress. Among the arguments it was pointed out that it corrected the irregularities that existed in the Petrobrasbut above all he was accused of having violated tax regulationsmaking up the budget deficit, using funds from public banks to cover expenses of programs under the responsibility of the government. 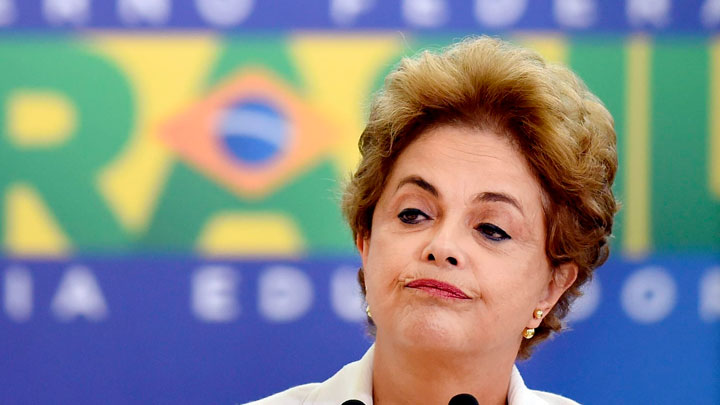 Rousseff and her supporters pointed out that a coup was brewing against her. The complaint was seen by the Chamber of Deputiesthe same one that by majority voted in favor of beginning a political trial against rousseff. For its part, the Senate approved the start of this process and suspended her from her duties.

Finally, on August 31, 2016, some 61 senators voted in favor of remove the president from office permanently20 rejected the measure and there were no abstentions. 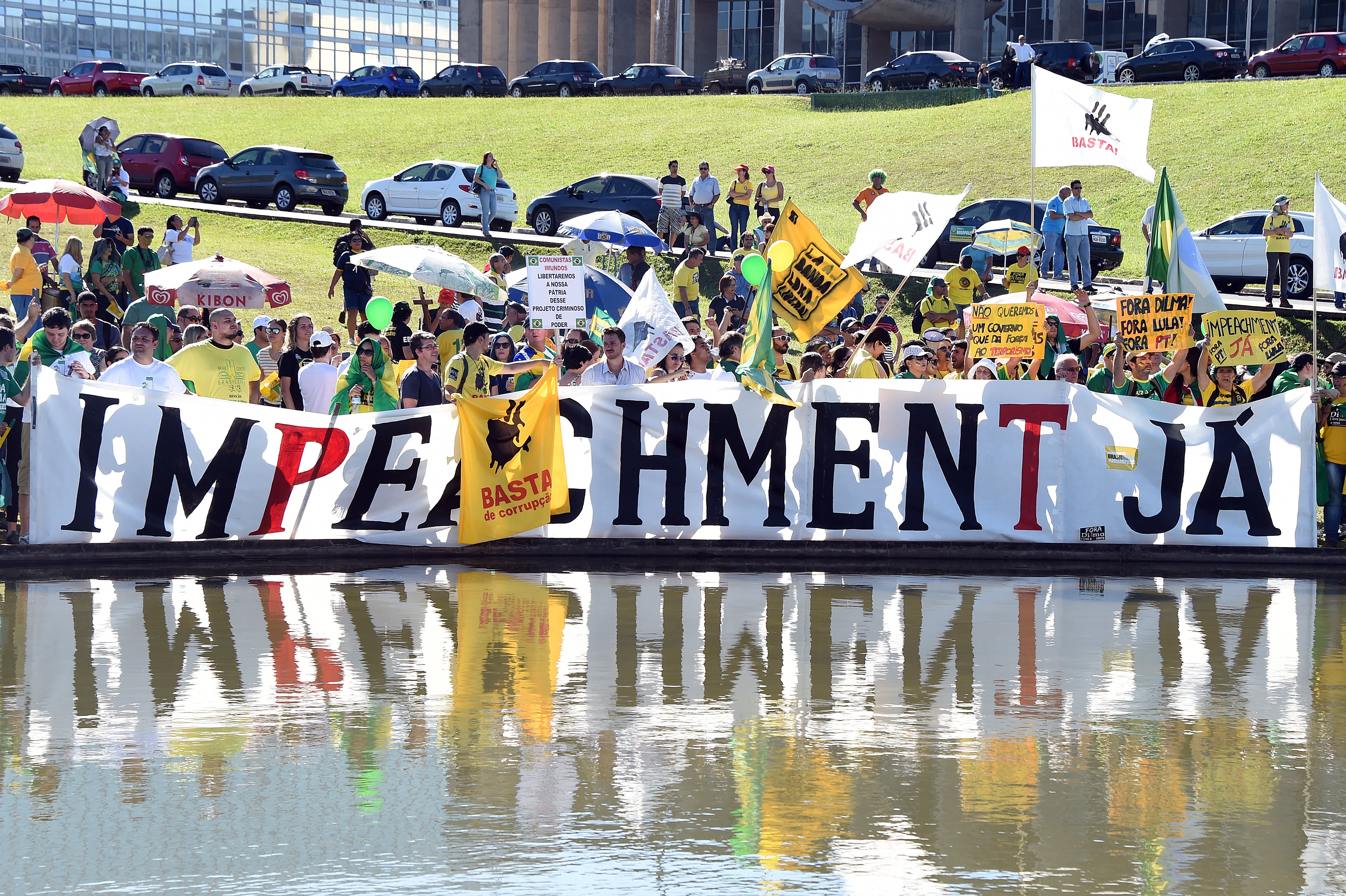 Demonstrators in favor of the impeachment of Dilma Rousseff. Photo: AFP

Peru and its multiple resignations

During the last five years, Peru It has lived through a rather turbulent political scenario. From 2016 to 2022 alone, it has had six presidents, elected in elections and in transition. The first of this group to go through impeachment proceedings was Peter Paul Kuczynskiwho was in the eye of the storm after the broadcast of audios that compromised him in political favors in exchange for not voting in favor of a vacancy process against him. 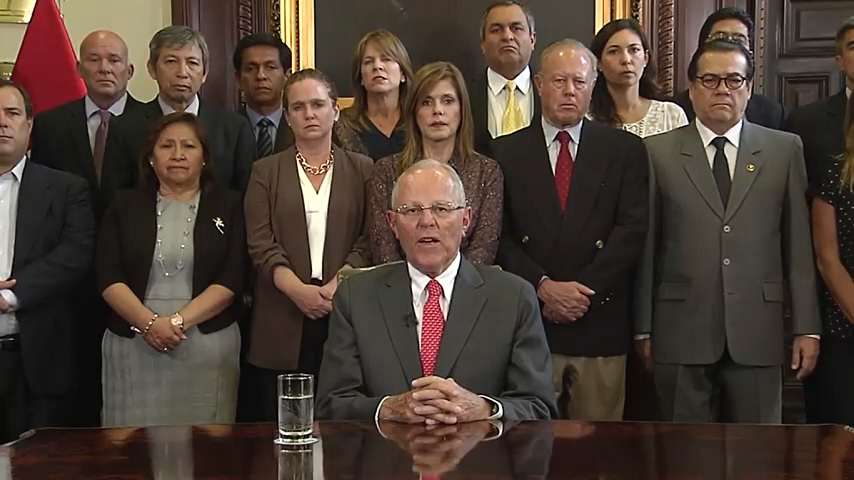 Pedro Pablo Kuczynski announcing his resignation from the presidential post in his last message to the nation. Photo: Diffusion..

Thus, had no choice but to quitin addition to an imminent dismissal by the Congress of the republicthe one who had gotten enough votes to remove him from office.

Thus, his vice president, Martin Vizcarraassumed the presidency on March 23 of that year, until October 20, 2020, after escaping from a previous process, it was vacated by “permanent moral incapacity”, accusing him of being responsible for alleged acts of corruption when he was regional governor of Moquegua. 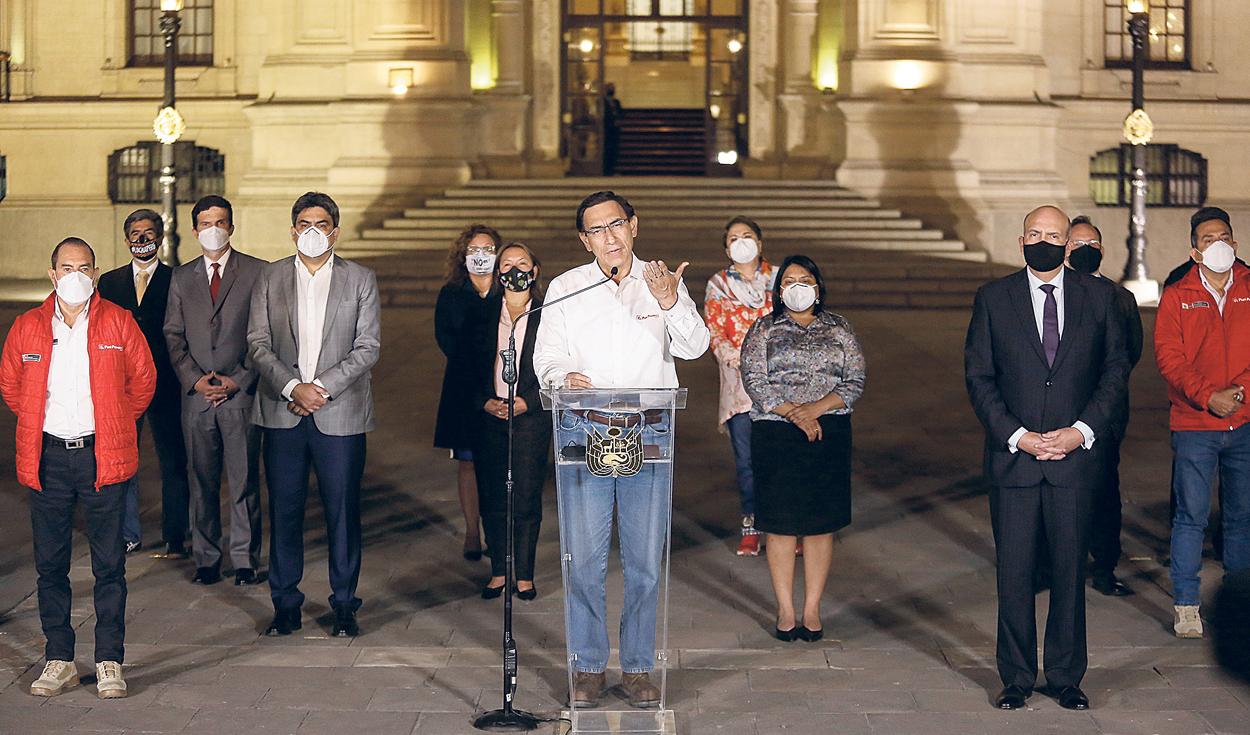 11-9-2020: The second vacancy request was approved. The lamp bench had 18 votes in favor and 5 against. Photo: diffusion

His departure from office generated massive protests throughout the Peruvian territory. Citizens did not agree that the parliamentarian Manuel Merino sworn in as the new president. Two dead and six days later, on a night of violent police repression, Merino de Lama resigned in a message on national television. 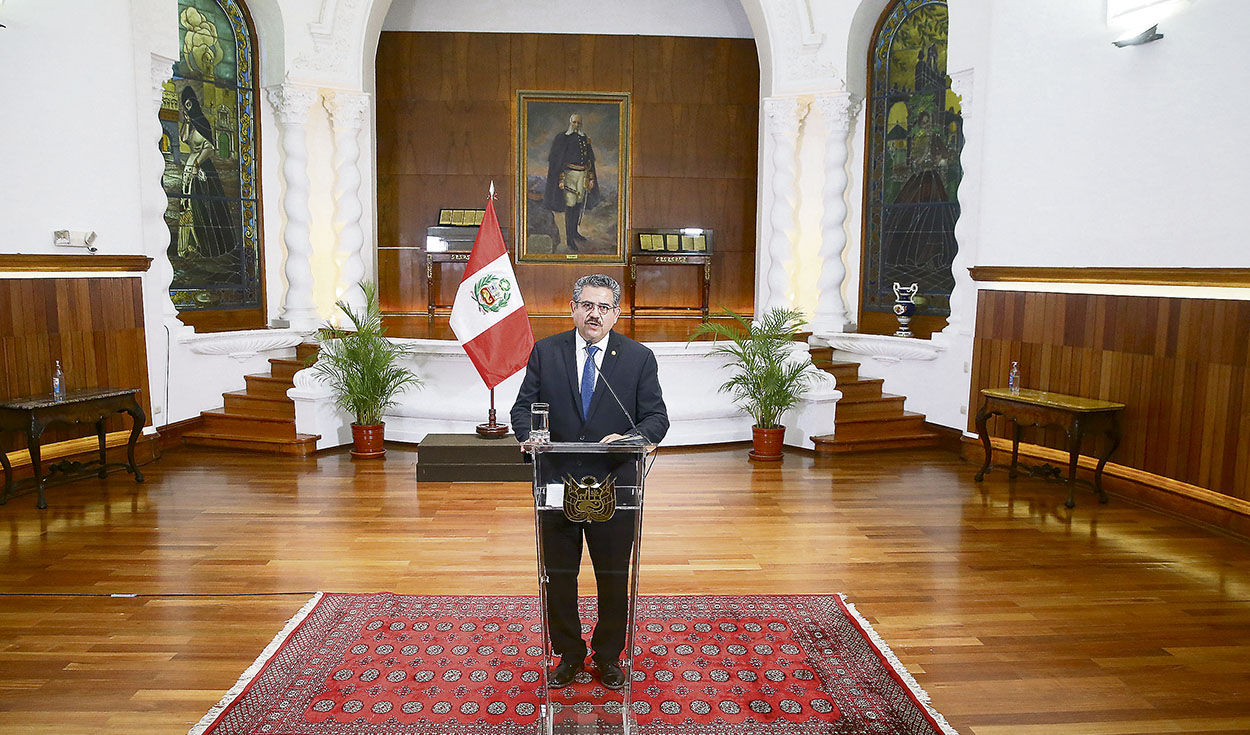 In 2021, the rural teacher Pedro Castillo he was elected president, after polarized elections. His government, which received constant complaints of acts of corruption and mismanagement of the public apparatus, came to an end on December 7, 2022, when he decided to order the closure of the Congress of the republic.

Faced with this self-coup attempt, Castillo was dismissed by parliament for affecting the democratic order of the country, the same day that a vacancy issue had been planned to be discussed against him. 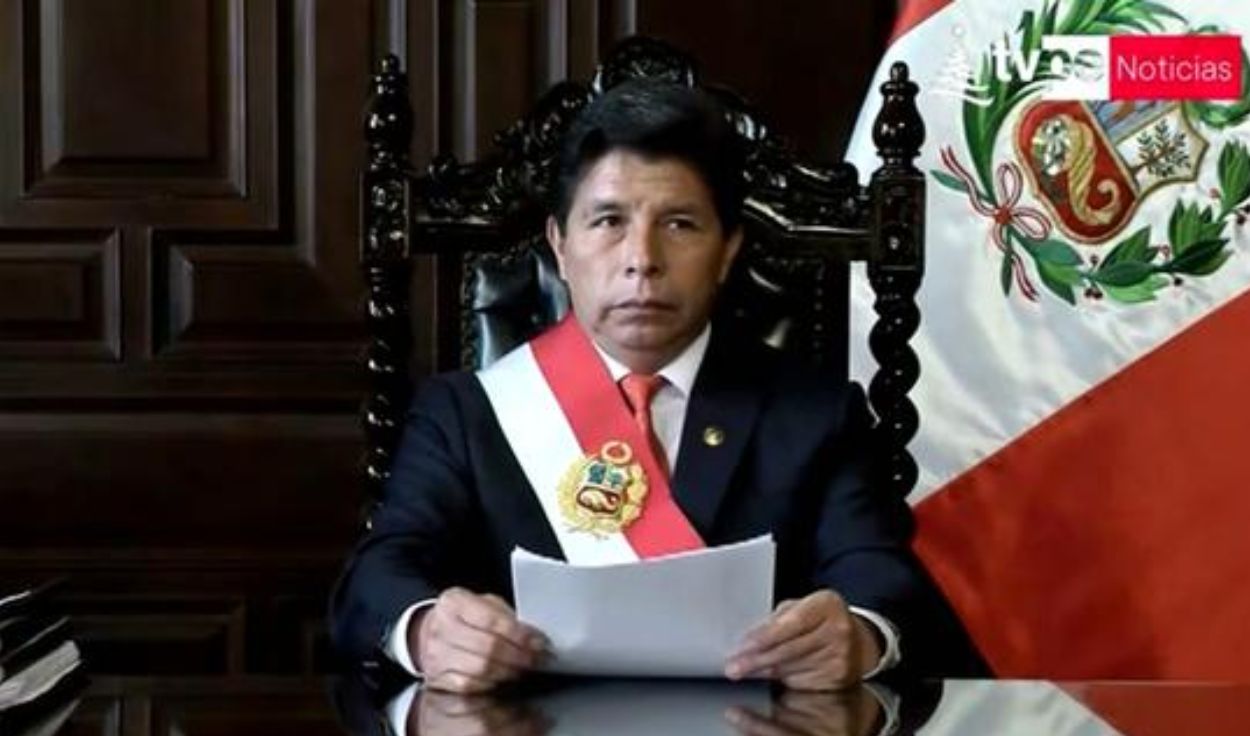 Pedro Castillo closed Congress in a message to the nation hours after starting the debate for the presidential vacancy. Photo: Capture TV Peru