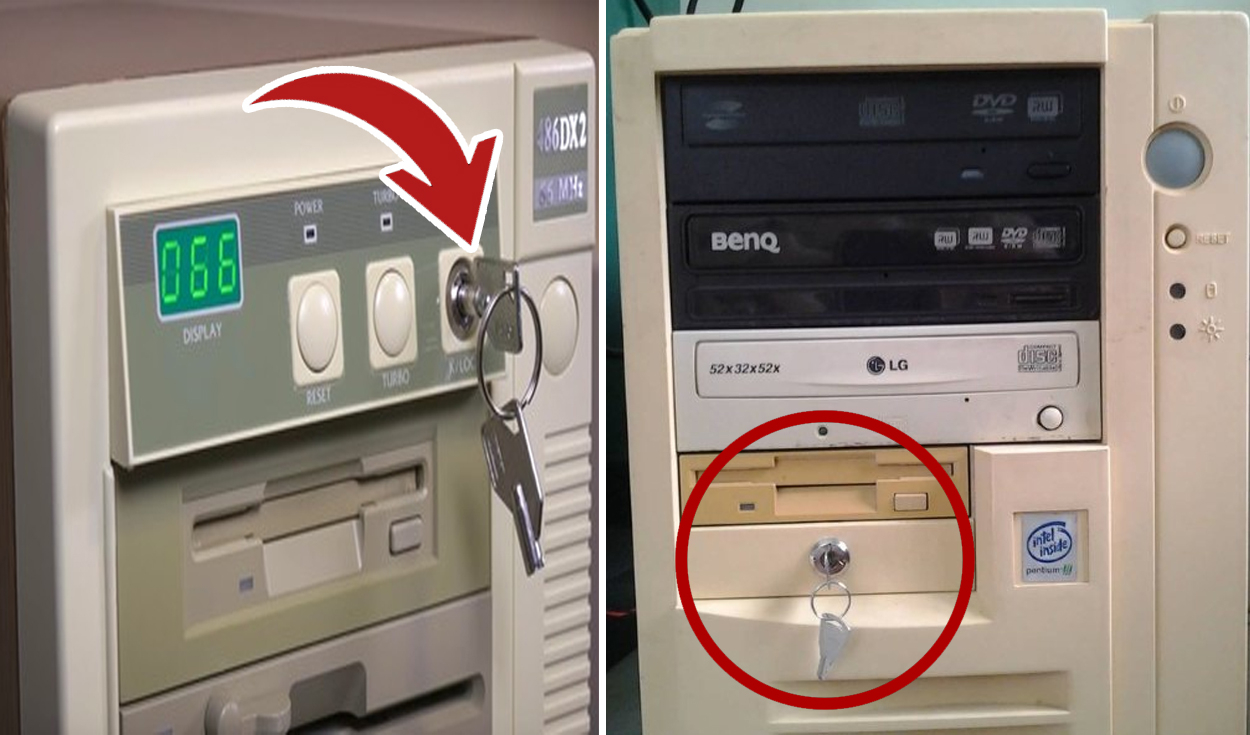 Technology advances at giant steps; For this reason, what we see today as something innovative in a few years may become obsolete. A clear example of this has to do with the remembered locks that came in old computers. In the 1990s it was quite common for people to upload keys of your CPU; however, this practice has been forgotten. What exactly were they used for? Here we are going to tell you.

You may not know it, but the first company to add a lock on the CPU was IBM. In 1984, this brand released its IBM 5170 computer, which came with this “Keylock” and cost around $6,000. Later, other companies copied the idea and began to release computers with this feature. But since nothing lasts forever, these locks disappeared after becoming unnecessary.

What were the locks on old PCs for?

Back then, when manufacturers added this lock, computers did not have the security software that exists today, that is, passwords or user profiles. For this reason, it was enough for someone to turn on your PC to have access to all the information you have stored. In order to protect this data is that this lock arises.

As detailed by TuberViejuner, a YouTube channel specialized in technology, when the owner of a computer used the small key to close the CPU lock, no one could use the keyboard, since it was disabled. In this way, the owner was sure that no one had used his computer, since he was the only one who could unlock it.

At that time, computer models were also marketed that allowed the hard drive to be removed and, to do so, it was necessary to insert a key into the lock that the CPU had. The problem is that this piece was very delicate, so any hard hit or fall could cause you to lose all the important information you had stored.

With the advancement of technology, computers began to integrate security mechanisms at the software level, that is, the same operating system allowed you to enter a password to protect your information. Thanks to this, the lock on the CPU was no longer needed, which was a relief for many people who used to lose the little key.