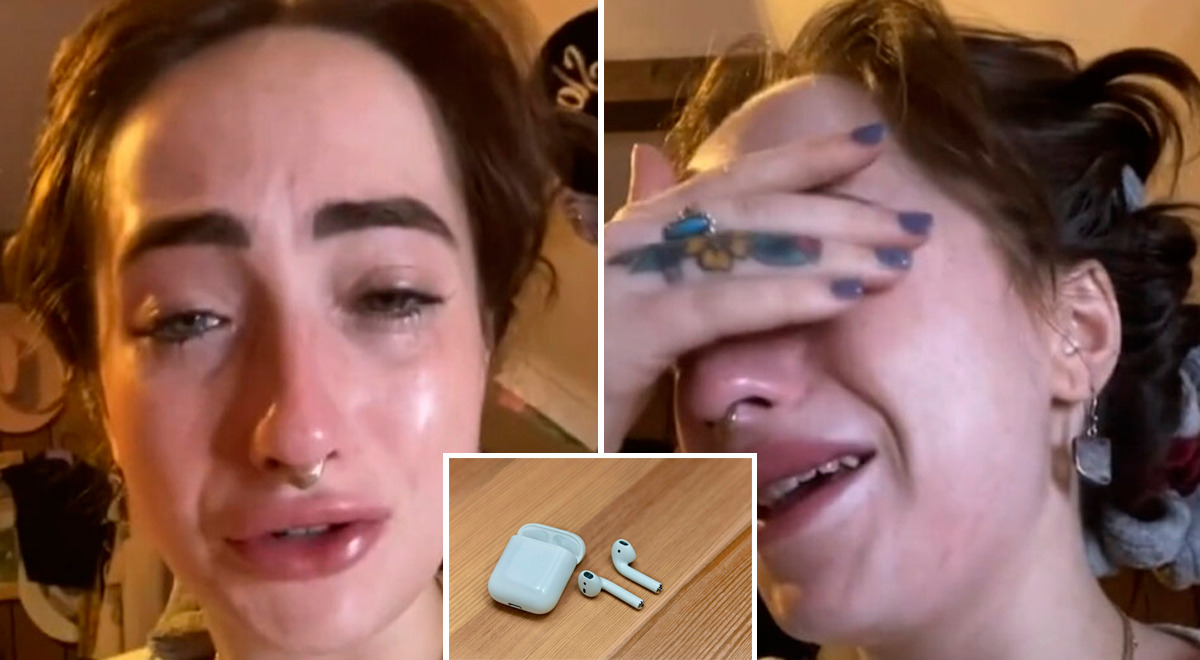 A 27-year-old girl in the United States could not contain the tears when she realized that she swallowed one of her AirPods after mistaking it for a pain pill. Carli bellmer shared his ordeal in TikTok where it quickly went viral.

The tiktoker, who uses the user @IamCarliiib, showed his followers an X-ray where they can see the image of the AirPod. It all happened when the woman went in search of an ibuprofen, however, being distracted, she did not notice that she was actually taking her headset.

Well, I ate my damn left AirPod. I got into bed and I had an 800 ibuprofen in one hand and my f *** AirPod – my left earbud – in the other, “he narrated on TikTok. The young woman said she did everything to get the object out, but she couldn’t.

“I’m tired and I try to throw it up, but it doesn’t come out and I’m losing my mind,” she said. In a panic, the woman decided to call her doctor, however, she went to work normally, as she could not be absent.

What was curious to him was that the headphones seemed to keep working on his stomach. For example, she reported that she accidentally sent a voice memo to her boyfriend, out of his stomach.

She explained that she wanted to share her experience on social media, as she was not the first to do so and is unlikely to be the last. “So for educational purposes, I wanted to share my journey of how this is all going,” he said.