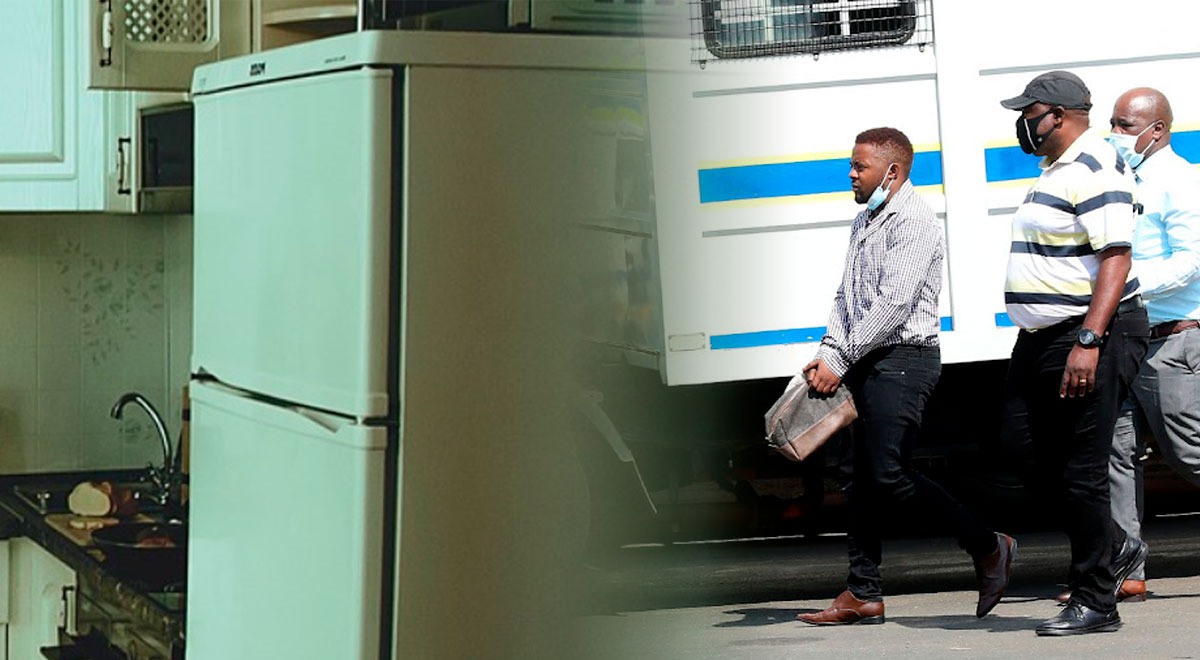 A terrible find has shocked an entire community in Soweto, South Africa, where a 21-year-old girl found human limbs in her boyfriend’s refrigerator. According to the country’s authorities, they would belong to the ex-girlfriend of Flavio Hlabangwane, 26 years old.

It all happened when the young woman was at her partner’s house in Gauteng, South Africa. At one point, the woman wanted to help herself to something to eat, so she went to the kitchen, but when she opened the refrigerator, she found something macabre.

The woman saw some plastic bags that were inside and decided to open them to see what was inside, but she got the worst of surprises when she described a frozen hand in one of them.

Frightened by those she encountered, the young woman ran out to the street to ask for help, at that moment she remembered that one of the neighbors was a policeman and asked him to help her. Due to the screams, the residents of the place came out to see what was happening.

At that point, Hlabangwane returned to his home to find the crowd looking in the direction of his home and the officer who had been alerted took him into immediate custody. The policeman interrogated him and asked him about the hand found.

Scared, the man replied: “What refrigerator? What are you talking about? There is nothing in the refrigerator “. Immediately, the agent asked to call a patrol and entered the house where he showed him the hand found in his refrigerator.

The subject was locked in the house until reinforcements arrived, however, he took advantage of stabbing himself in the neck and ingesting bleach to end his life, however, he was transferred in an emergency and they managed to save his life.

Brig Brenda Muridili, a police spokeswoman, told the local press that the other parts of the body of the person who is presumed to be the subject’s ex-girlfriend have not yet been found.