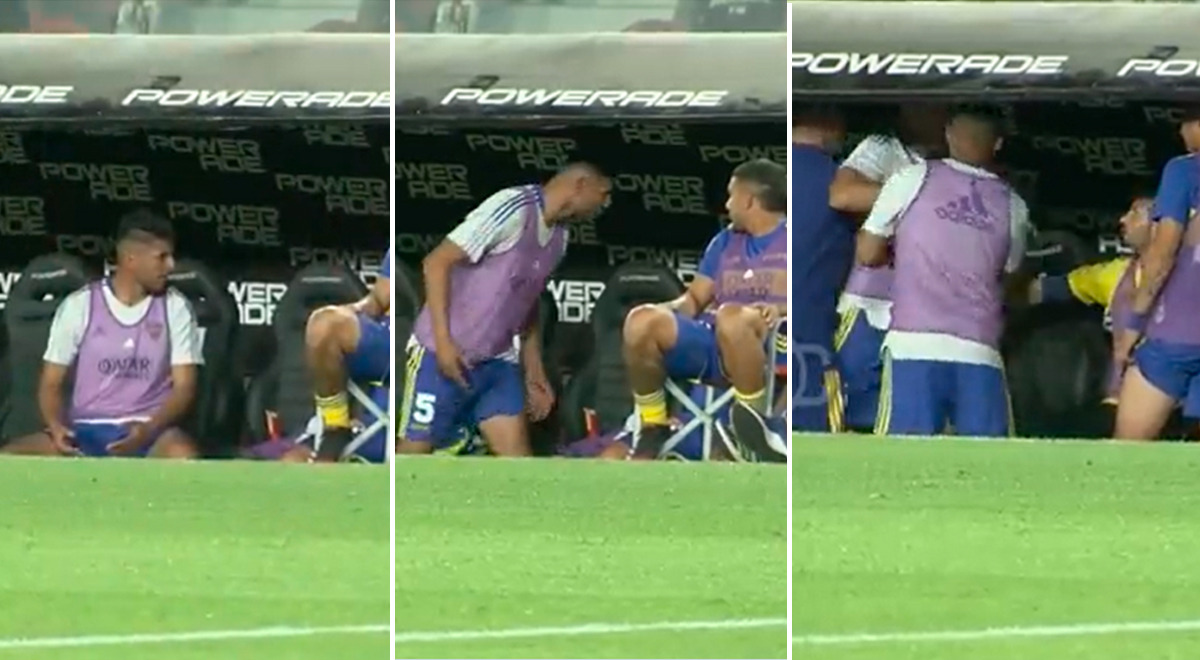 This Wednesday, Independent He was victorious against Boca Juniors at the Libertadores de América stadium for matchday 22 of the Argentina Professional League 2021. However, during the Argentine soccer classic a spicy moment caught the attention of the fans.

Boca finished with ten players, in a very messy game that was taken advantage of by Independiente with a goal from Carlos Benavídez.

In this way, the Red Devils are still in the race and Xeneize Azul, which had the chance to take a safe step towards qualifying, is now under siege.

Among the changes in Boca, in the 61st minute of the match Edwin Cardona entered the field for Agustín Almendra and Cristian Pavon he was relieved by Luis Vázquez. However, on the 31st of Xeneize he came out very angry about the results obtained against Independiente.

The Argentine threw two bottles and then exploded a soda on the ground that ended up staining Carlos Zambrano, who remained on the bench as a substitute.

However, the Peruvian did not take it well at all. He turned and lunged at Pavón. Then he got up from his seat and they almost ran into hands. Fortunately, this action could be avoided thanks to his teammates from Boca.

Some time later, León and Cristian Pavón talked and smoothed out rough spots with a pat on the back.